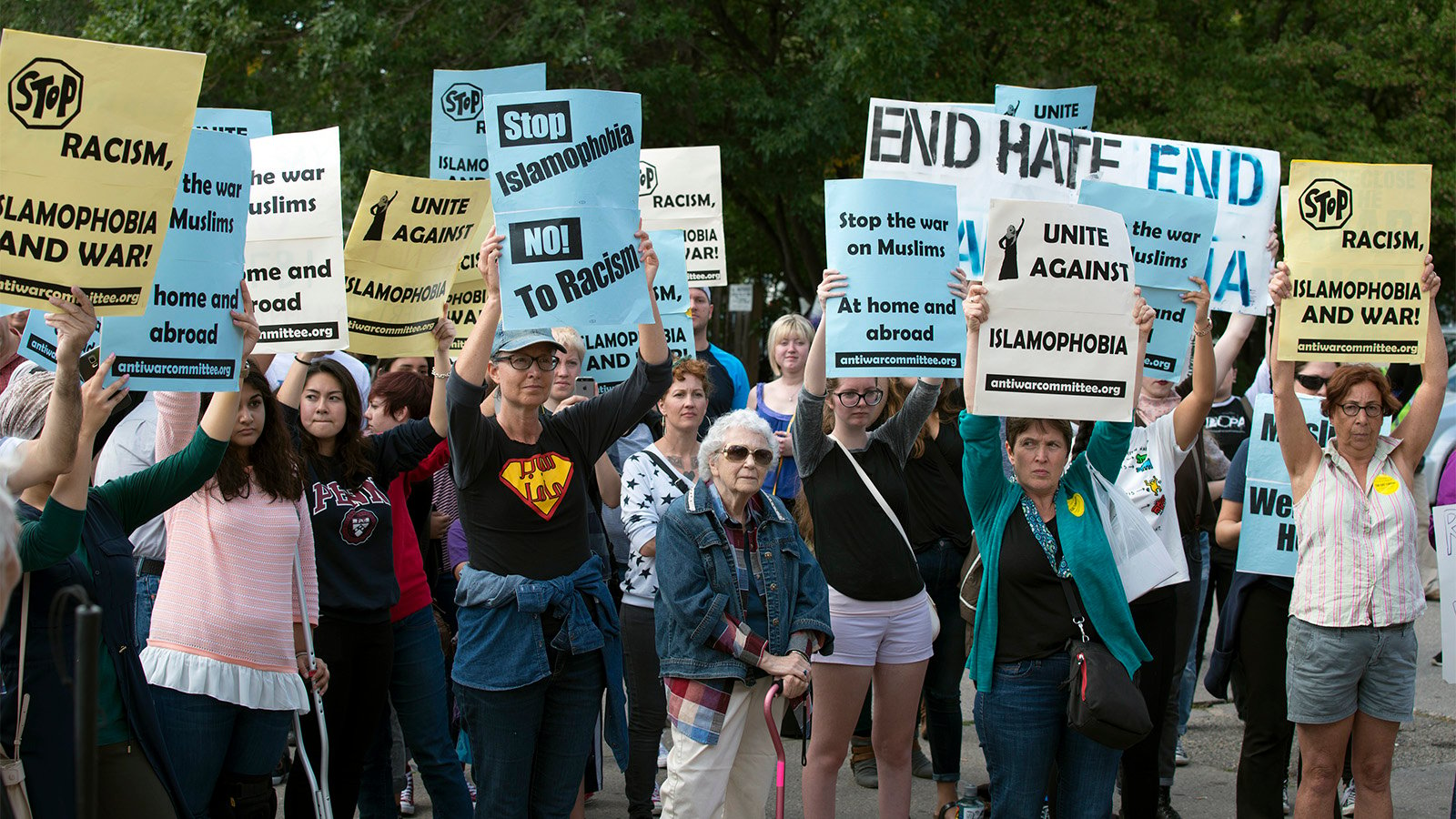 Hate crimes are on the rise. Faith communities are particularly well placed to fight them.

(RNS) – Recent statistics reports from the Federal Bureau of Investigation confirm what local and community organizations across the country have been saying for months: Hate is growing louder, visible and violent, with hate crimes reported at the highest levels since 2001.

At first, it may seem difficult to understand the enormity of this epidemic. But hate crimes rarely exist in a vacuum – rather, they are the product of repeated rhetoric targeting certain communities. From community gatherings to the benches of your congregation, the impulse has long been to stifle this sectarianism, occasional or overt, by silence.

However, it is now evident, after years of prevention efforts, that hate speech and hate-based violence cannot simply be ignored or distorted. Legal and legislative efforts Tackling hate crime has been key to keeping marginalized communities safe, but grassroots efforts at the local level, where people are most affected by prejudice and bigotry, are equally important.

Religious leaders and believers are uniquely positioned to reject hateful rhetoric presented as religious expression by providing an alternate message of love, inclusion and mutual respect. Whatever their origin, a wide range of diverse religious traditions vehemently condemn hatred and call on us to recognize the dignity of each person and to treat it with respect.

Many religious traditions also require their followers to live not only in word, but also in deed. Each of us has an obligation to stand up against hatred and work with each other to protect our friends and neighbors, especially taking into account that religious communities are vulnerable to violence motivated by hate in doing so.

Interfaith Alliance, where I am the director of the field and of the organization, joined forces with faith communities to remain united in the fight against hatred, at the same level as religious law at the local level as well; together we offer Americans of faith the Partnership Against Hate Toolkit in order to equip congregations with the strategies to do just that.

According to the FBI Hate Crimes Statistical Report 2019, nearly 60% of survivors of hate incidents were targeted on the basis of their race, ethnicity or perceived ancestry. Religion was the second most important category at 20%, followed by sexual orientation at 16%. This toolkit presents definitions of hate crimes and hate speech as opposed to incidents of bias and details the communities that are disproportionately affected by hate-based violence.

The toolkit will also help faith-based organizations or congregation leaders establish a baseline for moving forward and developing after learning about the effects of hate-motivated violence by providing a space for reflection and reflection. discussion of first-hand accounts of hate crimes.

Above all, the toolkit emphasizes the value of grassroots partnership and its effectiveness in eradicating hatred where it exists and in overthrowing those who seek to strengthen their power through fear and division.

Our commitment to the First Amendment includes respect for free speech, even on the part of those with whom we disagree. However, as with any constitutional principle, the line is drawn when those affected by hate speech are denied their own freedom to exercise their civil liberties. Hate crimes and extremist rhetoric are particularly damaging, affecting those targeted, their families and the larger group they represent.

RELATED: The Atlanta spa shootout and the hate crimes divide

Long after an incident has occurred, people in target groups experience fear and instability, some of them struggling with mental health issues such as anxiety and depression, or sleep and eating disorders. Inaction or neutrality always works in favor of those who espouse hate rhetoric and commit hate crimes, so we need to do more than just shut down messages.

By taking an active stand against hate rhetoric and hate crimes, religious leaders and people of faith can send the message that hate speech and hate violence will never be tolerated. This solution will take action and hard work, but it will be worth it.

Although our nation has been marked by violent hate crimes since its founding, all people, no matter where we live or who you are, deserve to feel safe and welcome in their communities.

(Maureen O’Leary is Field Director and Organizer for Interfaith Alliance. The opinions expressed in this commentary do not necessarily reflect those of Religion News Service.)