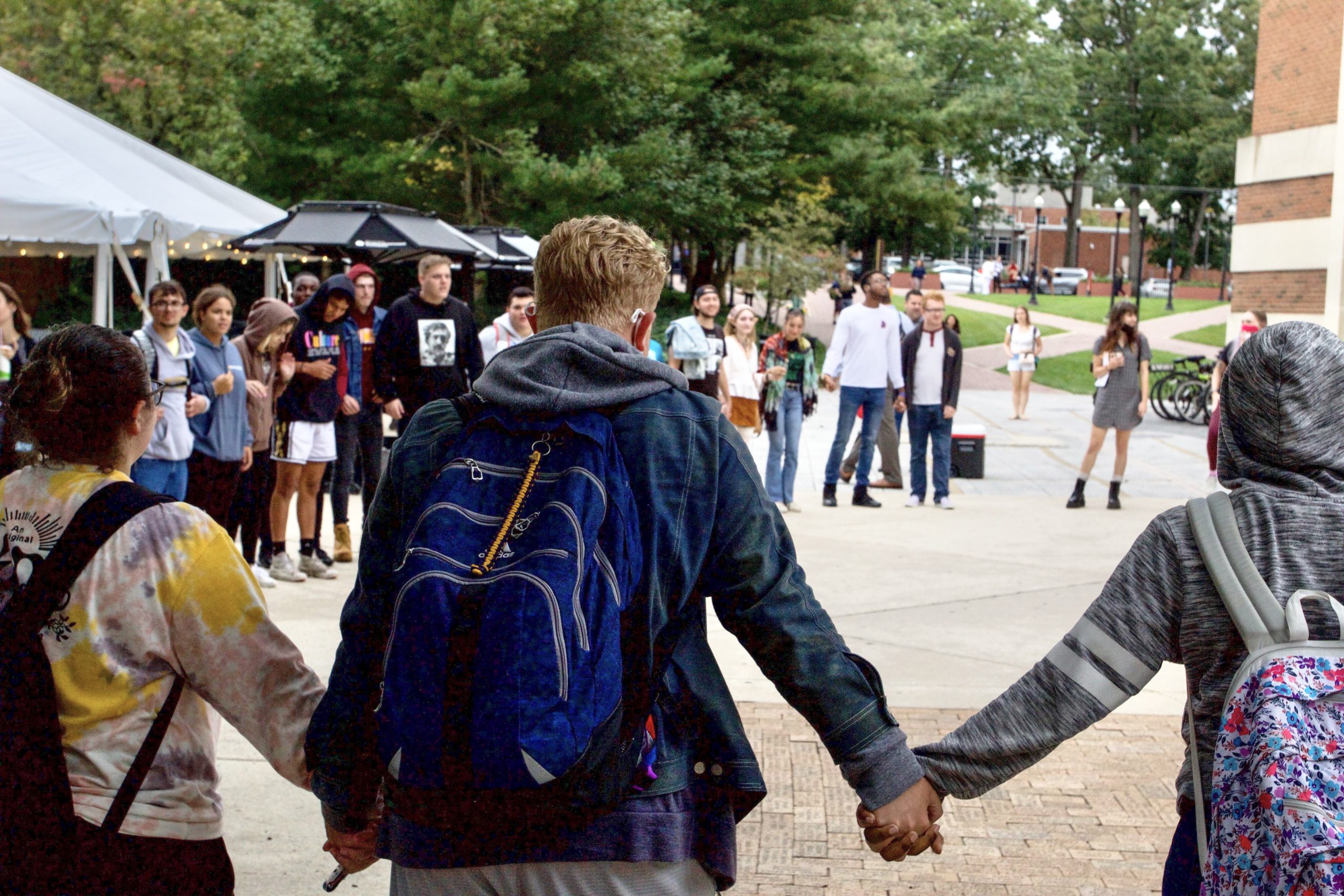 Aden Rusfeldt, who calls himself “Pastor Aden,” directs the Key of David Christian Center in Philadelphia. He made a habit of coming to college campuses and spreading his group’s message, with the clear intention of provoking the student body.

Rusfeldt typically gives each campus about 24 hours’ notice of arrival, and creates a logistical and PR nightmare for anyone unfortunate enough to harbor his parasitic squad.

A Philadelphia Inquirer report noted that in 2006 his investment firm was sued by the Commodity Futures Trading Commission in Texas for defrauding its clients. According to his own recent estimate, he still owes $ 5 million in damages.

Rusfeldt and his team parked behind the Campbell Library, where Public Safety spared no expense to outfit the area with fencing and officers. They assured that the man would meet the least resistance humanly possible in the accomplishment of his mission.

The hateful rhetoric was drowned out by students carrying cardboard signs, loud music and chants of â€œlove, not hateâ€. The one and only â€œRowan Spider-Manâ€ also made an appearance. Visitors were given carte blanche to call groups of students, many of whom were open members of the LGBTQ + community, for slurs and other vague slurs regarding their sexuality.

A man whose intentions are actively hostile to the welfare of the university was well within his rights to turn to a black student and tell him that his people are going to hell for slackening their pants and listening to ” gangsta rap â€. The racist tirade also included an order to â€œbe thankful that we white people have freed the slavesâ€.

One of Rusfeldt’s signs carried a message that he often repeated verbally; “Sluts deserve to be raped.” After shouting that some Rowan University students deserved to be sexually assaulted, he was allowed to continue his event for an additional hour, eventually packing his bags as the counter-protesters ran out of steam.

Students can rest easy knowing that there is nothing anyone in authority can do. Thank you, “freedom of speech”. Tolerating this kind of abuse is necessary for a healthy learning environment to function.

This message landed on a community page that said if a student or faculty member informed a professor that she would go to hell for being a “chick,” disciplinary action would be taken.

The community also fully understands that if a stranger walked around campus, without affiliation to a larger program, and said similar things, that person would be treated in the â€œproperâ€ manner by campus security.

For comments / questions on this story, tweet @TheWhitOnline or send email to Thewhitopinion23@gmail.com.