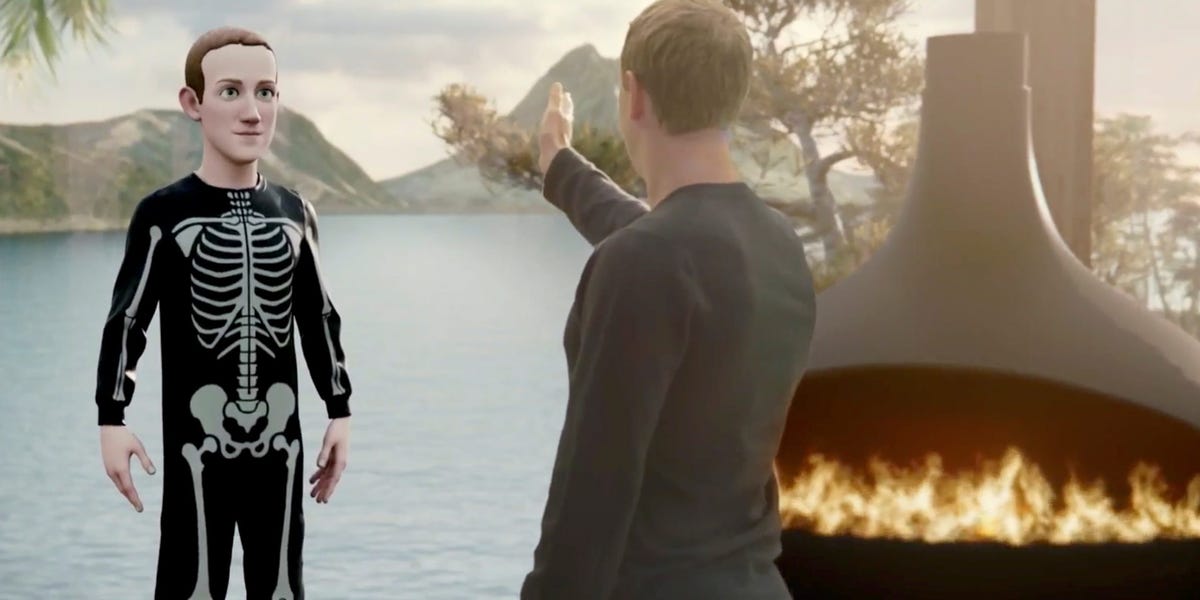 Facebook’s metaverse could shatter reality and cause more polarization

In the metaverse of the future, two people could walk down the same street and see very different things thanks to the AR glasses they wear.

One, who may be conservative, could “reality block” on aspects they have been conditioned to oppose, such as a fertility clinic. The other, a Liberal, could walk past a gun store without even knowing he was there.

Others could have paid for a third-party “app” that lets them instantly know the identifying traits of people they meet on the street using data that Facebook, now Meta, has collected on its users. The word “Republican” hovers over the head of a passerby in large virtual print, for example.

The result is that these two people believe they are seeing the same street, only they are not – they exist in divergent realities within this virtual overlay of the real world.

Experts told Insider that the metaverse could fracture reality as we know it, allowing advertisers and third parties to give people the personalized worlds they desire and compounding political polarization.

“Instead of just being in our own information bubbles, we are going to be segmented into our own personalized realities”, Louis Rosenberg, a 30-year veteran of AR development and CEO of Unanimous AI, told Insider.

Social media woes will be magnified in the metaverse

The types of AR technology offered by this great metaverse concept, recently put in the spotlight by Meta CEO Mark Zuckerberg, have the potential to transform our lives.

But, as social media has done before, it could also create monumental problems for society and the way we agree on what is real and what is not. Rosenberg said the risks of the metaverse probably outweigh the good, but that doesn’t matter – this new iteration of the Internet is inevitable.

Social media already allows third parties to intervene in our lives through targeted news feeds and targeted advertising based on the massive knowledge companies have gathered about us. Everyone thinks they should be seeing the same thing as everyone else, except they might not be because algorithms can target content in your echo chamber at you.

But that will be magnified in a virtual world, where third parties can dictate what you see in your home, on the streets, and at work. And experts agreed that it would be harder to identify the misinformation and the division.

“People should be worried” Shawn frayne, CEO of holographic tech startup Looking Glass Factory, told Insider. “If you think Facebook on your phone has been bad for democracy, think of your entire field of vision being controlled by a company like this.”

As Ethan Zuckerman, who designed one of the first Metavers in the 1990s, wrote in a warning about the Meta Metaverse in Atlantic last month: “How will a company that can only block 6% of hateful content in the Arabic language handle dangerous speech when worn on an avatar’s t-shirt or revealed at the end of a a virtual fireworks display? “

The metaverse will also transform the world of advertising, Rosenberg said.

Advertisers could pay for filters in a person’s virtual world to inject specific messages into their reality. And it might not just be traditional billboards – it might be a virtual product placement where you run into a person who isn’t even real while holding a can of soda pop. ‘a specific brand,’ Rosenberg said.

Or it could be a simulation of a human engaging you in an online conversation for a coffee shop, a human you think is real, only to secretly talk about whatever an advertiser paid them to try and do. sell you, whether it’s a bag of crisps or political messages.

Experts agreed that the metaverse will need one key component to be healthy for people, the same thing social media needs: regulation.

“Who would be the governance and execution entity [be] in a virtual world without borders? ” Ahmer Inam, director of AI at Pactera EDGE, told Insider.

Americans are angrier this year. Do hate groups contribute to anger? | An alternative view | Diane Diamond