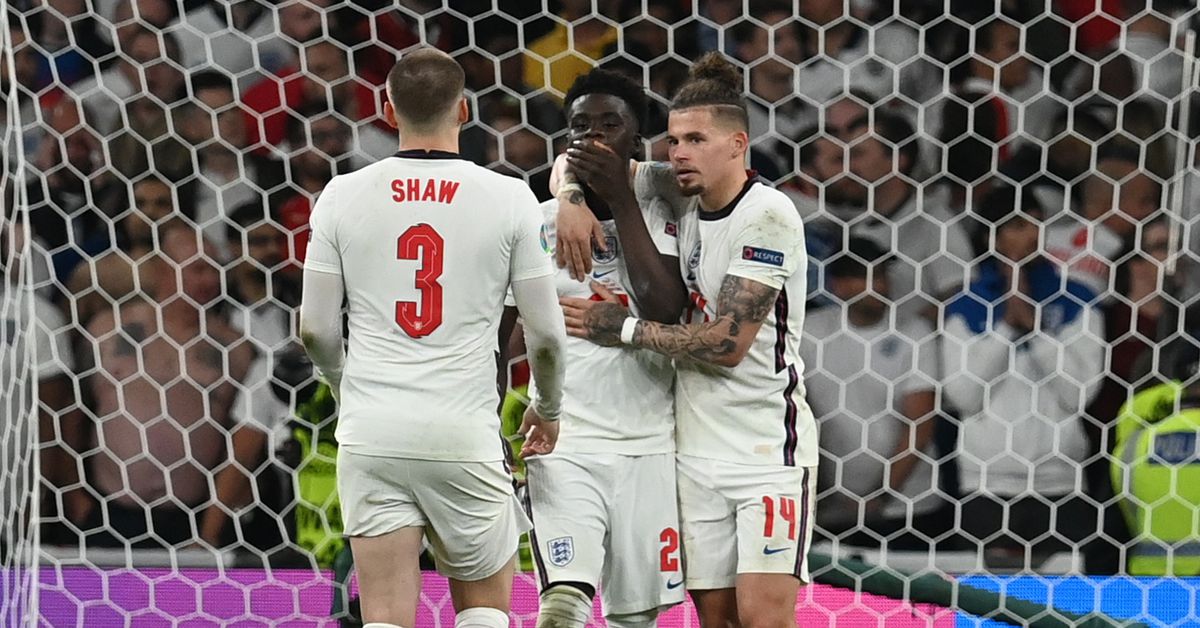 The teams drew 1-1 after extra time and Italy won the shootout 3-2, with England players Marcus Rashford, Jadon Sancho and Bukayo Saka all black missing on penalties.

“The FA strongly condemns all forms of discrimination and is appalled by the online racism which targets some of our English players on social networks,” the statement said.

“We couldn’t be clearer that anyone behind such disgusting behavior is unwelcome to follow the team. We will do our utmost to support the players concerned while demanding the harshest penalties possible for any responsible person. “

The England team also released a statement condemning the abuse of its players on social media.

“We are disgusted that some of our team – who gave their all for the shirt this summer – suffered discriminatory abuse online after tonight’s game,” the team tweeted.

British police said they would investigate the messages.

“We are aware of a number of offensive and racist comments on social media directed at footballers after the # Euro2020 final,” Metropolitan Police tweeted.

“This abuse is completely unacceptable, it will not be tolerated and it will be investigated.”

London Mayor Sadiq Khan has called on social media companies to remove this content from their platforms.

“Those responsible for the disgusting online abuse we have seen must be held accountable – and social media companies must act immediately to eliminate and prevent this hatred,” Khan said in a statement. Tweeter.

Why Ja Morant is a clown on TikTok