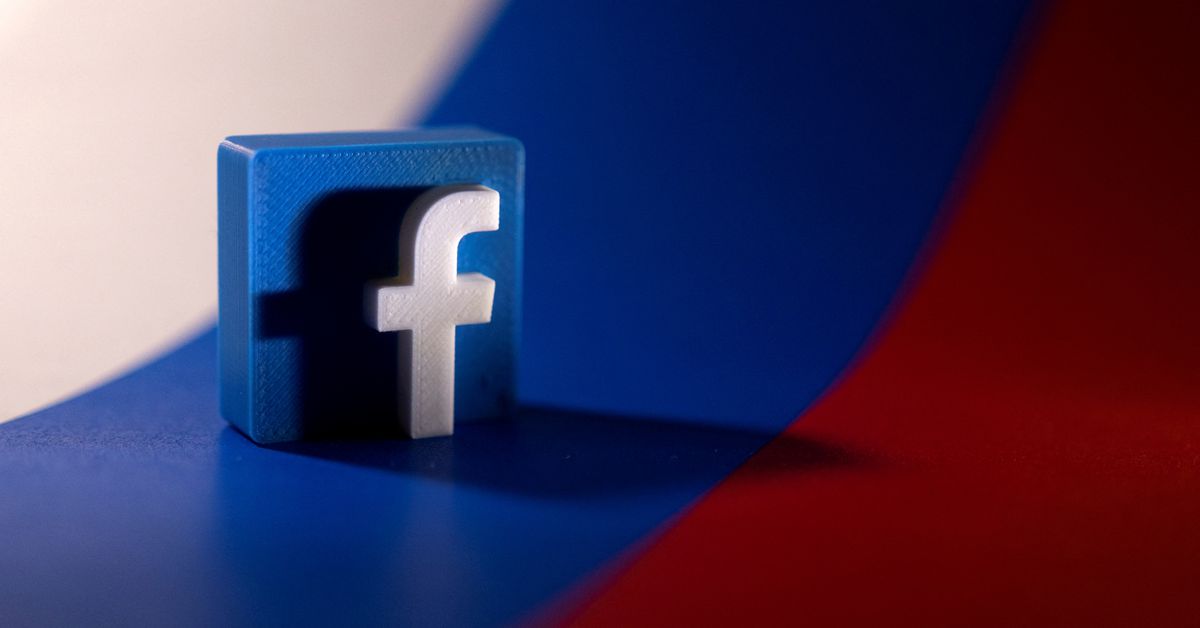 The Facebook logo is placed on a Russian flag in this illustration photo taken February 26, 2022. REUTERS/Dado Ruvic/Illustration/File Photo

March 10 (Reuters) – Meta Platforms (FB.O) will allow Facebook and Instagram users in certain countries to call for violence against Russians and Russian soldiers amid the invasion of Ukraine, according to internal emails seen by Reuters on Thursday, in a temporary change to its hate speech policy.

The social media company is also temporarily allowing certain posts calling for the death of Russian President Vladimir Putin or Belarusian President Alexander Lukashenko in countries including Russia, Ukraine and Poland, according to a series of internal emails to its content moderators. .

These calls for the death of leaders will be allowed unless they contain other targets or have two credibility indicators, such as location or method, an email said, in a recent modification of company rules on violence and incitement.

Meta did not immediately respond to requests for comment.

Last week, Russia said it was banning Facebook in the country in response to what it said were restrictions on access to Russian media on the platform. Moscow has cracked down on tech companies, including Twitter (TWTR.N), which said it was restricted in the country, during its invasion of Ukraine, which it calls a “special operation”.

Many major social media platforms announced new content restrictions around the conflict, including blocking Russian state media RT and Sputnik in Europe, and demonstrated exclusions in some of their policies during the war.

The emails also showed that Meta would allow praise from the right-wing Azov Battalion, which is normally prohibited, in a change first reported by The Intercept.

Meta spokesman Joe Osborne previously said the company “is making a narrow exception at this time for commendations of the Azov Regiment strictly in the context of the defense of Ukraine or its role in the Guard.” Ukrainian National”.

Reporting by Munsif Vengattil in New Delhi and Elizabeth Culliford in New York; edited by Kenneth Li and Jonathan Oatis