EU agrees to fund PA, despite terrorism and hate education

German Chancellor Olaf Scholz speaks to the media as he arrives for the European Union leaders’ summit, as EU leaders try to agree on Russian oil sanctions in response to the Russian invasion of Ukraine, in Brussels, Belgium, May 30, 2022. REUTERS / Johanna Geron

The European Union’s recent announcement that it will renew its aid to the Palestinian Authority (PA) means that the EU accepts that the PA continues to reward terrorism and continues its anti-Semitic and hateful school curriculum.

According to PA Minister of Public Works and Construction Muhammad Ziyara, this “political victory” over the EU is more important than financial aid: 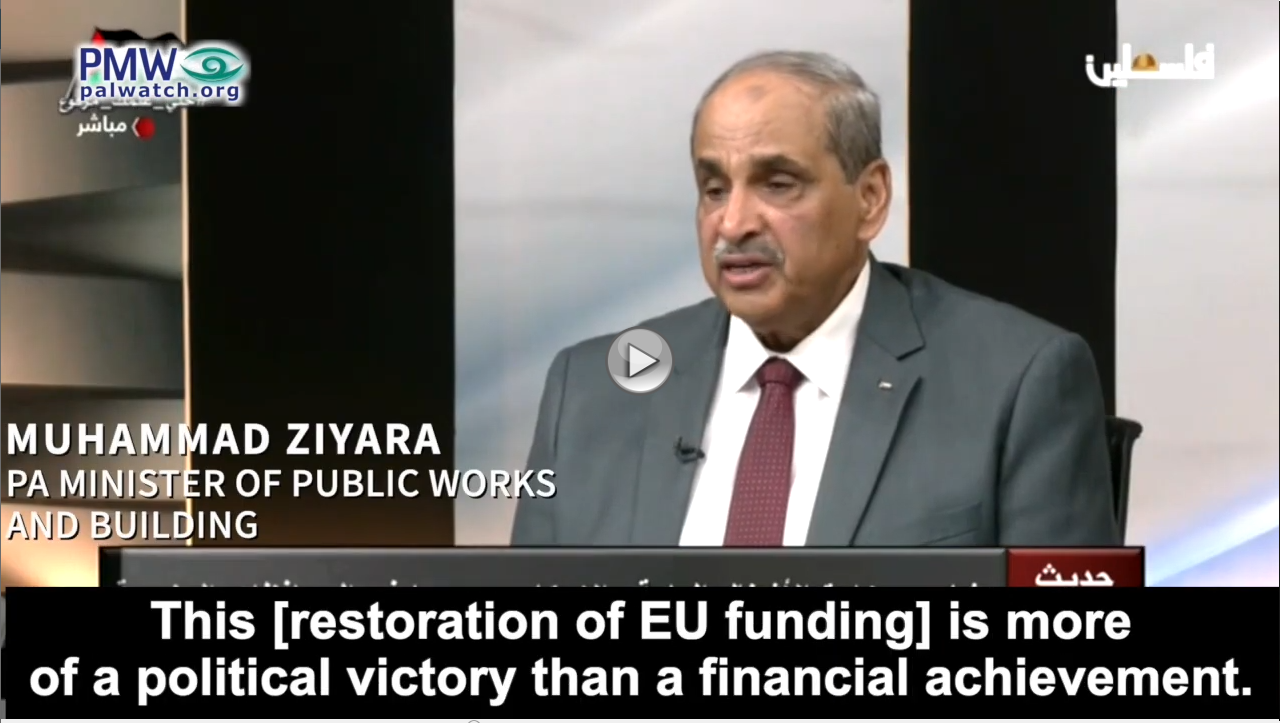 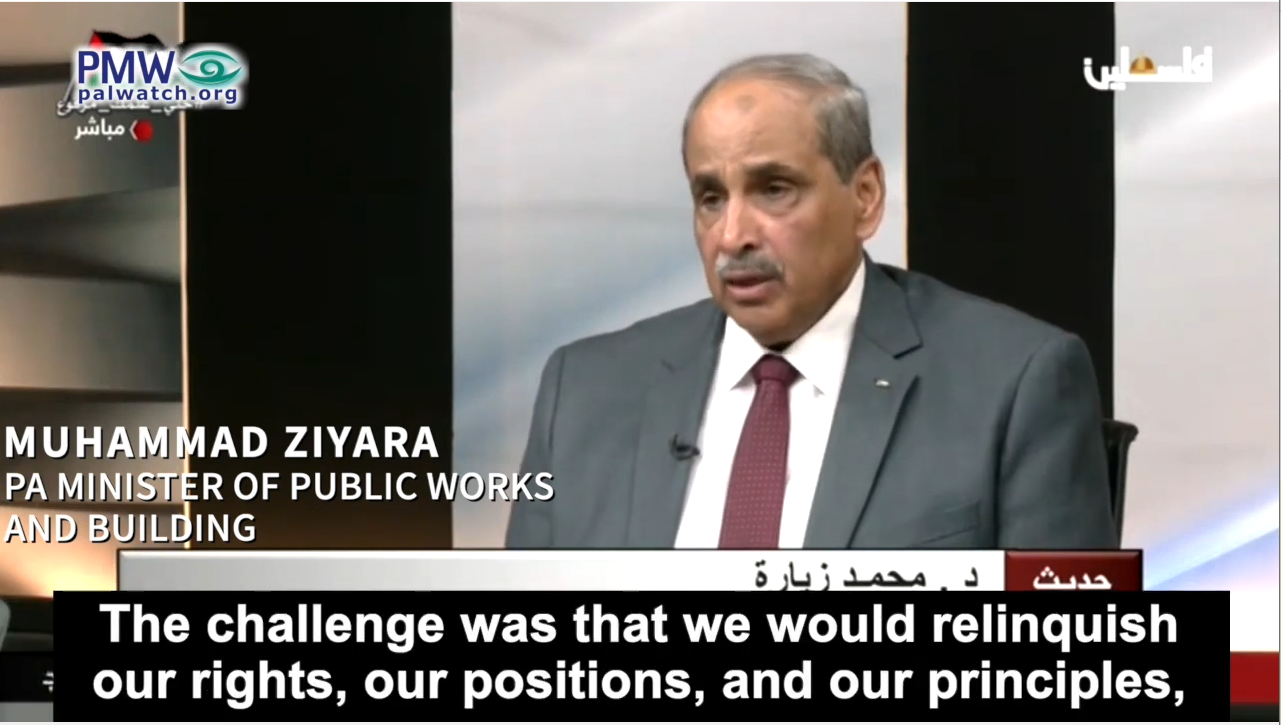 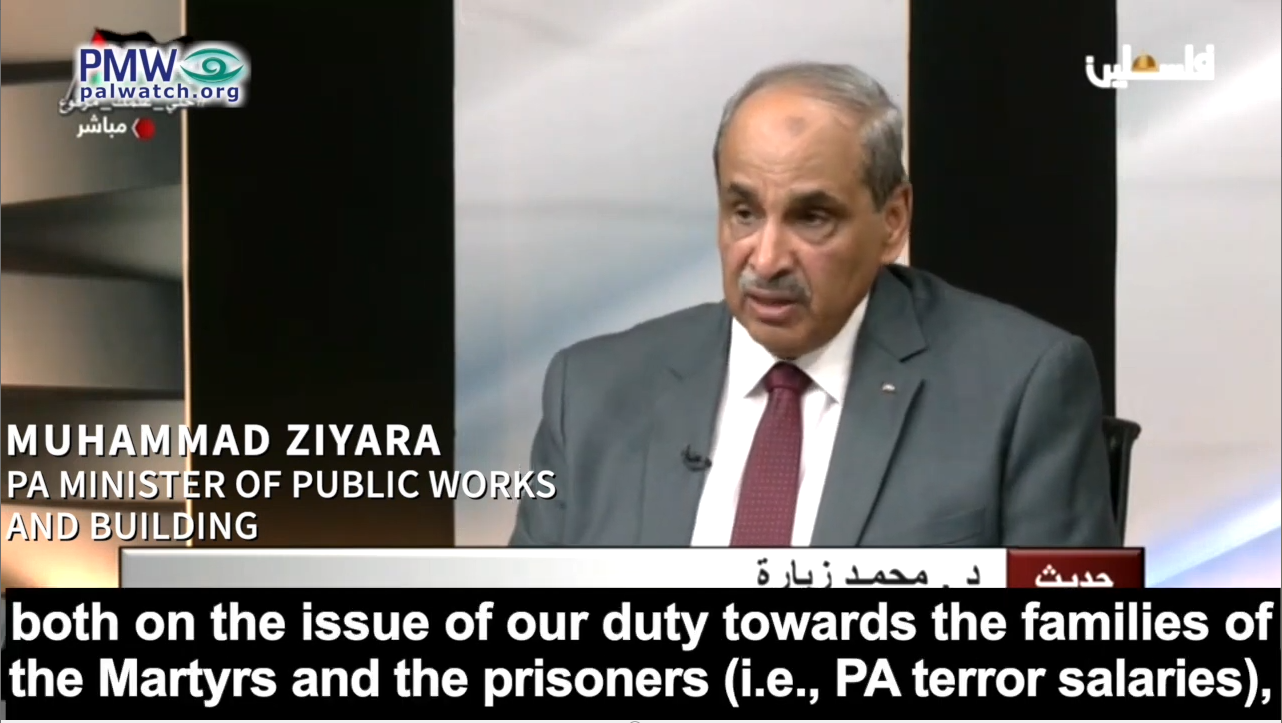 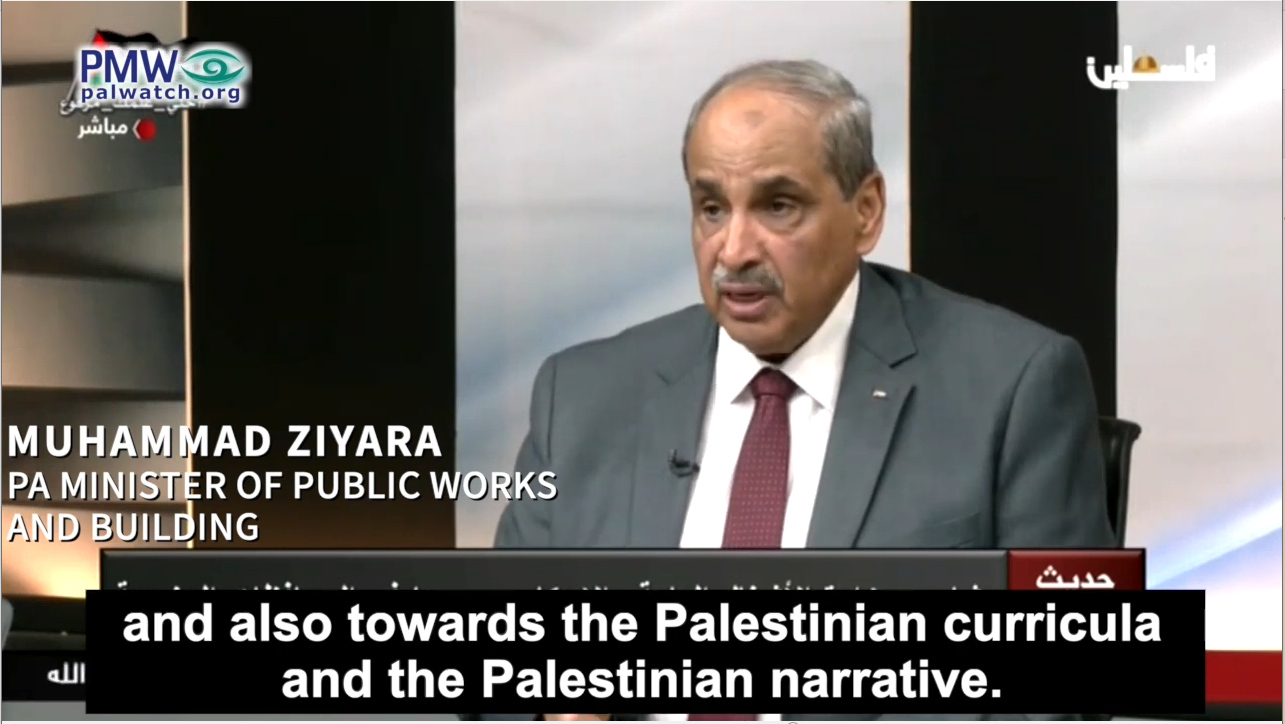 Official PA TV Host: “Recently it was announced that [the EU money] will be released and that the EU will resume its funding to the Palestinian government. What is your answer ? »

Muhammad Ziyara, Minister of Public Works and Construction of the Palestinian Authority: “This [EU funding] is more a political victory than a financial achievement. The challenge was that we renounce our rights, our positions and our principles, both on the question of our duty [i.e., reward payments] to the families of martyrs and prisoners, as well as to Palestinian programs and the Palestinian narrative.

During the signing of the EU funding agreement, PA Prime Minister Muhammad Shtayyeh confirmed this message, emphasizing that EU funding is “unconditional”:

“We thank the EU and its states. This agreement is important because it was concluded without conditions.

The official PA news agency also stressed that there were “no strings attached” to the funding:

He pointed out that the agreement covers funding for social affairs, hospitals and institutions in Jerusalem, energy and water for Gaza, health aid to fight the coronavirus, and only 55 million euros for wages.

In response to continued documentation by Palestinian Media Watch (PMW) to European governments that the PA pays salaries to imprisoned terrorists, many European countries as well as the EU have repeatedly condemned the PA. Many European countries have tried to prevent European money from funding PA terrorist rewards. The Netherlands cut all funding to the PA after MPs saw a PMW presentation, while Britain, Norway and the EU received assurances from the PA that the PA will not would not use their money to reward terrorists. But European demands for the PA to stop rewarding terrorism have never stopped.

The PA minister’s current statement that renewed EU funding is a ‘political victory’ because they didn’t have to change their principles ‘toward the families of martyrs and prisoners’ – it that is, to reward them with salaries for terrorism – is very serious. The PA concludes that the EU accepts the legitimacy of the Palestinian “position”, which is that rewarding terrorist prisoners is justified. The PA claims it has the right to kill Israelis, even children, because killing Israelis is the legitimate Palestinian “struggle”.

The PA understands this, which is why it views the resumption of EU funding as a “political victory” for its “positions and principles…on the issue of our duty to the families of martyrs and prisoners.” .

The fact that the EU allows the PA to conclude this fuels Palestinian terror.

Moreover, the PA sees this EU funding as an endorsement of its hate-filled school curriculum. PMW has reported on AP textbooks for more than two decades. At a press conference with PMW to release PMW’s report on Palestinian textbooks, US Senator Hillary Clinton condemned PA education for “deeply poisoning the minds” of Palestinian children.

More recently, the trigger for the EU freeze was a report by the Georg Eckert Institute for International Textbook Research, which found that Palestinian Authority textbooks had anti-Semitic content; glorify Palestinian violence and terror against Israelis in a “heroic struggle”; and denying the legitimacy of Israel’s existence through maps that erase Israel and label the entire region “Palestine”.

That the renewed EU funding is a stamp of approval for the unchanged PA program is also seen as a “political victory” was made clear in a column in the official PA daily:

With regard to the fact that the European Union (EU) has waived the removal [educational] material and change the [PA] curricula as a condition for renewing PA funding – this is yet another political victory, leading us to strengthen our resistance through education and knowledge, and to emphasize the Palestinian narrative regarding the right of the Palestinian people to their homeland, Palestine for a long time since.

The PA teaches its children that its “right to its homeland, Palestine,” includes all of Israel. The text of these cards on the Facebook page of the PA Ministry of Education is explicit: (bottom) “Palestine – all the land is ours, from the [Mediterranean] sea ​​at the [Jordan] River”]and (top) “My homeland”. 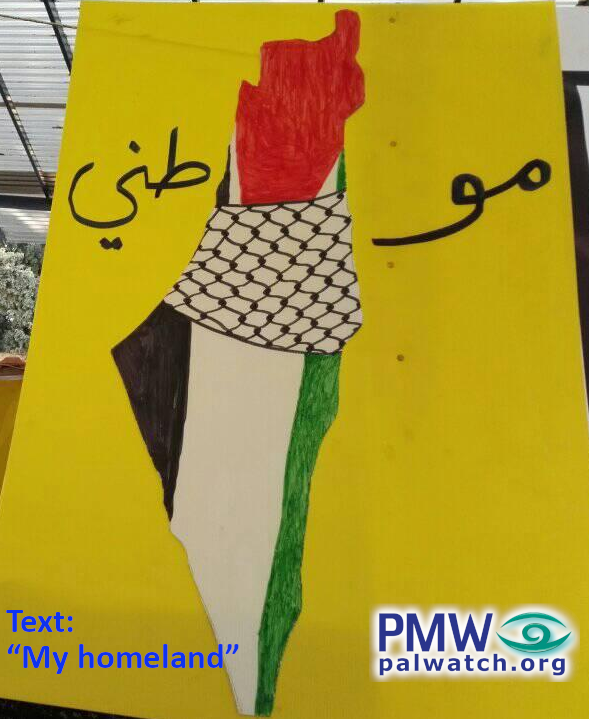 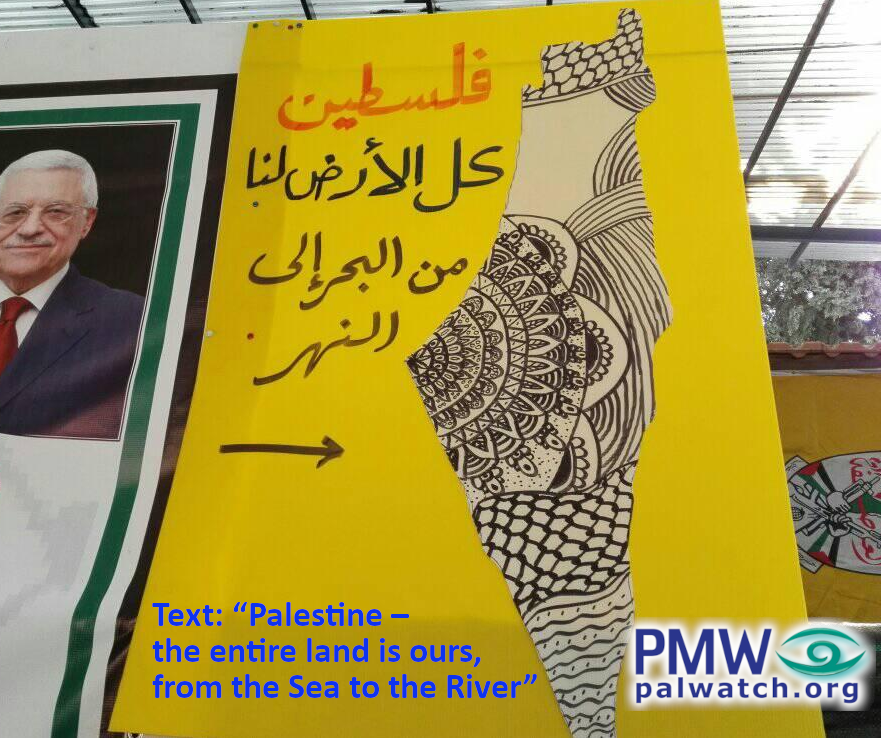 Speaking just weeks before the EU decides to renew its aid, PA President Mahmoud Abbas made clear, once again, that the PA’s top priority rewards terrorists, and that all funds available to them will be earmarked for this purpose in the first place: 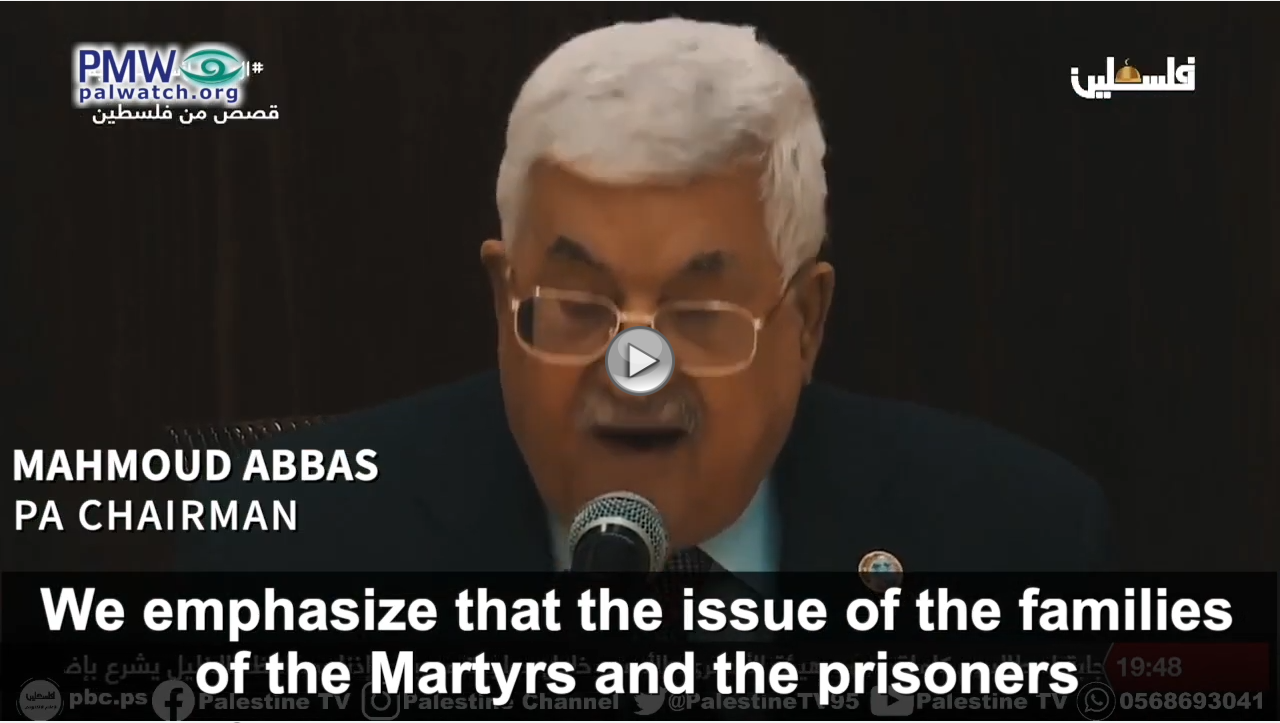 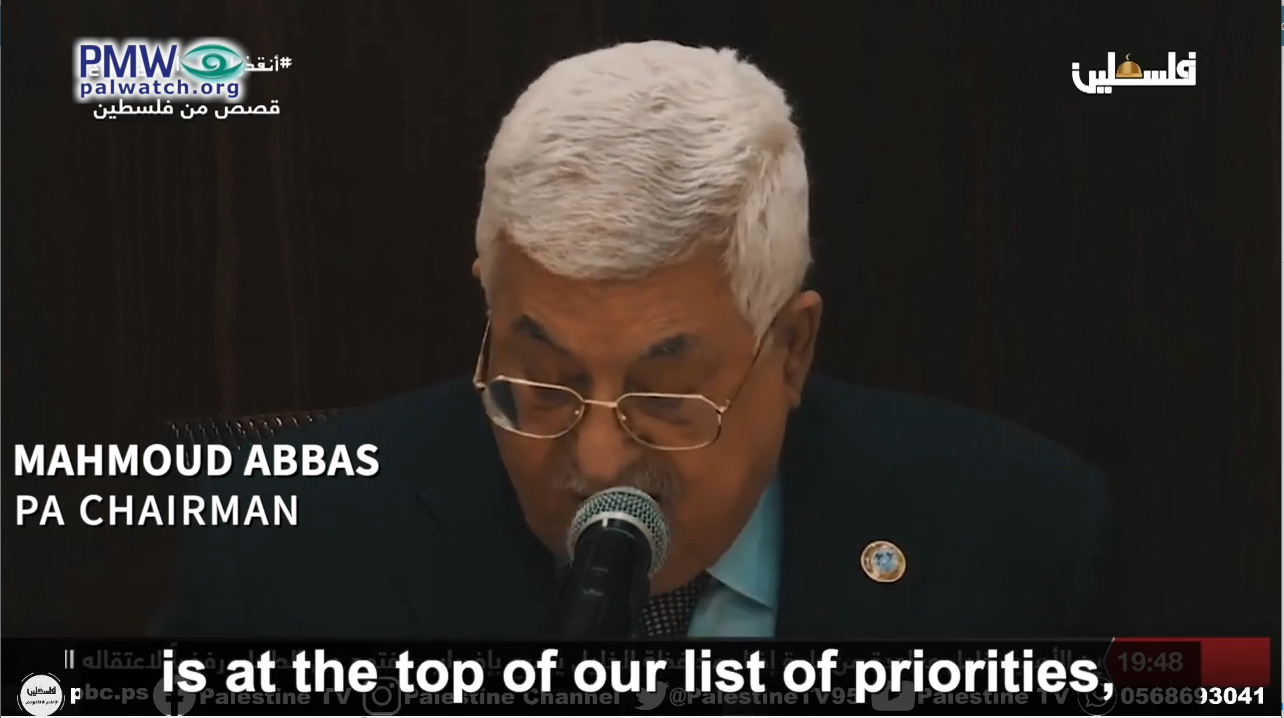 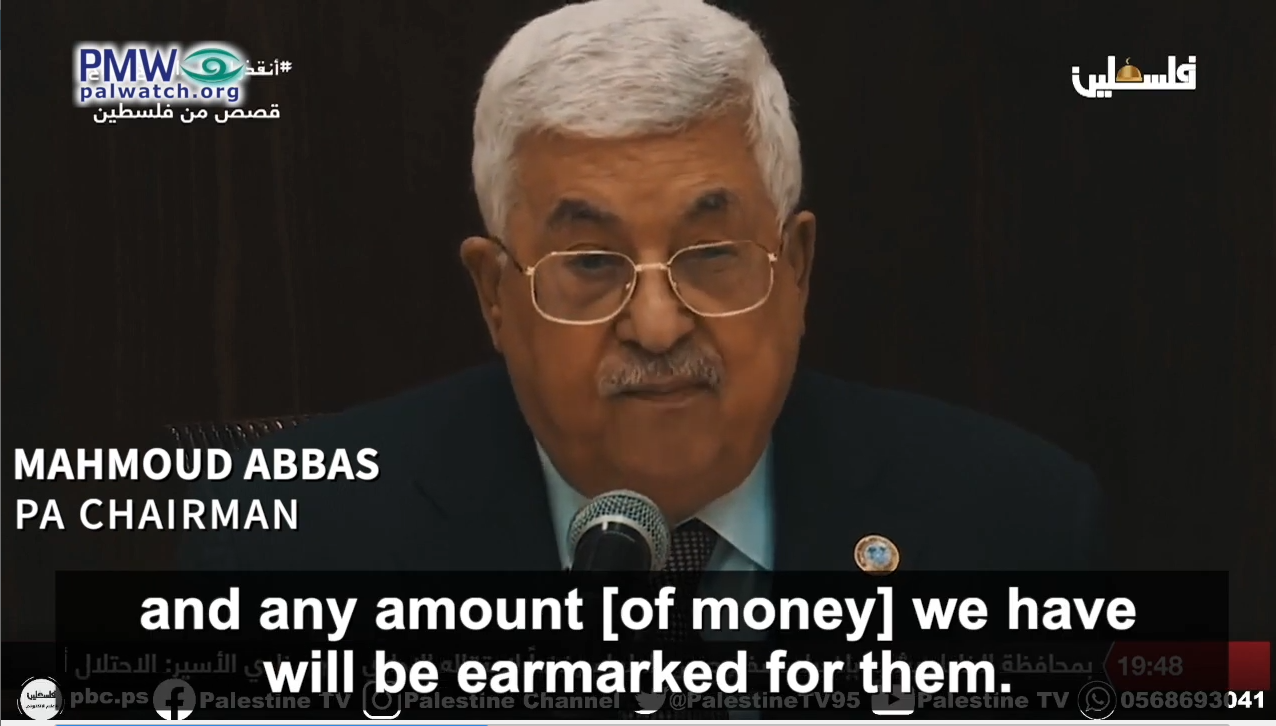 Mahmoud Abbas: “We emphasize that the issue of the families of martyrs and prisoners is at the top of our list of priorities, and any amount [of money] we will be booked for them.

While the EU may attempt to justify its renewed aid to the PA by citing humanitarian concerns, the PA itself admits that it prioritizes its terror reward payments over the welfare of the Palestinian Authority. its law-abiding citizens. The EU announced that PA money is intended for “payment of civil servants’ salaries and pensions, social allowances to vulnerable families, [and] referrals to hospitals in East Jerusalem. The EU certainly understands that their funding of salaries and allowances for needy Palestinians is what allows the PA to use other funds to reward terror and terrorists.

The author is the founder of Palestinian Media Watch, where this article first appeared.

Sheriff examined for participation in rally