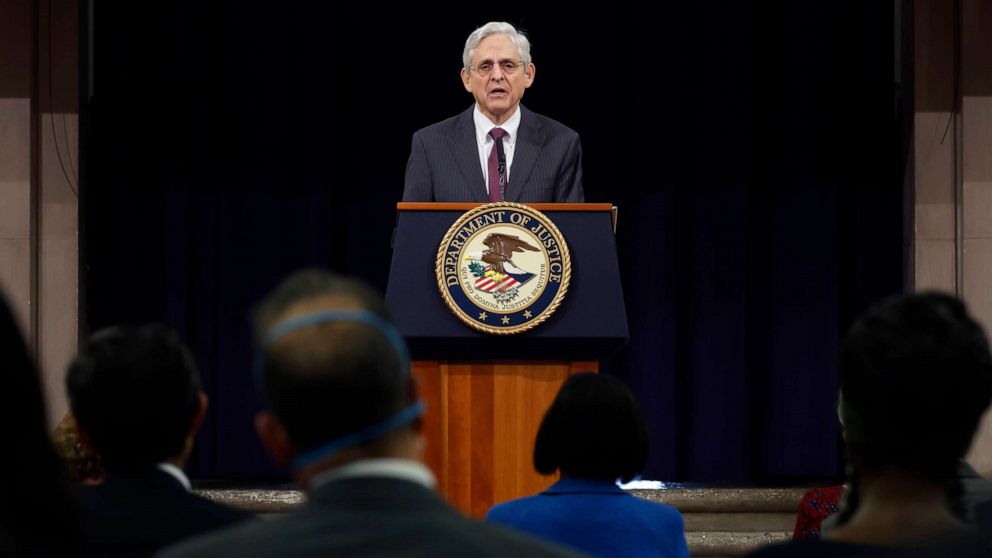 Ten black people were killed in a shooting at a supermarket last Saturday.

Attorney General Merrick Garland announced on Friday that the Department of Justice is taking action to address hate crimes through the COVID-19 Hate Crimes Act, citing how the mass shooting last weekend in Buffalo was being investigated as such a crime.

The DOJ is investigating whether the shooter who shot dead 10 black people last Saturday at a Buffalo supermarket targeted the victims because of their race.

Garland told an audience that included black and Asian community leaders that “a whole community was terrified.”

“Last weekend’s attack was a painful reminder of the singular impact that hate crimes have not only on individuals but on entire communities,” he said. “They bring immediate devastation. They inflict lasting fear,” he continued.

“We are using all the resources at our disposal to ensure accountability for this terrible attack, to ensure justice for grieving families and to provide support to the community,” he said.

Garland pledged to use “every tool available” to investigate hate crimes as a whole, saying they are “evolving” and federal prosecutors need to develop strategies to combat them.

The DOJ is required to do so by Congressional mandate in the COVID-19 Hate Crimes Act.

“No one in America should fear violence because of who they are,” Deputy Attorney General Lisa Monaco said. “This department will not tolerate any form of terrorism, hate-based violence or unlawful discrimination.”

The DOJ says they are partnering with the Department of Health and Human Services to outline steps “law enforcement, government officials, community organizations, and others can take to raise awareness of the rising hate crimes and incidents, and to use this heightened awareness as a tool for prevention and response,” according to a Justice Department official who briefed reporters on Thursday.

One example, the DOJ official said, dealt with the need for language and cultural competency when engaging with communities affected by hate crimes.

The same day as Garland’s announcement, NAACP leaders were to meet with him and they released a two-page plan to stop another mass shooting.

“We are focused on preventing the next attack. We must act. Democracy and white supremacy cannot and never will coexist,” NAACP President Derrick Johnson said in a statement. “It’s one or the other. We fight for democracy.”

An NAACP source told ABC News that “the spread of white supremacy on social media platforms” would be a main topic of discussion.