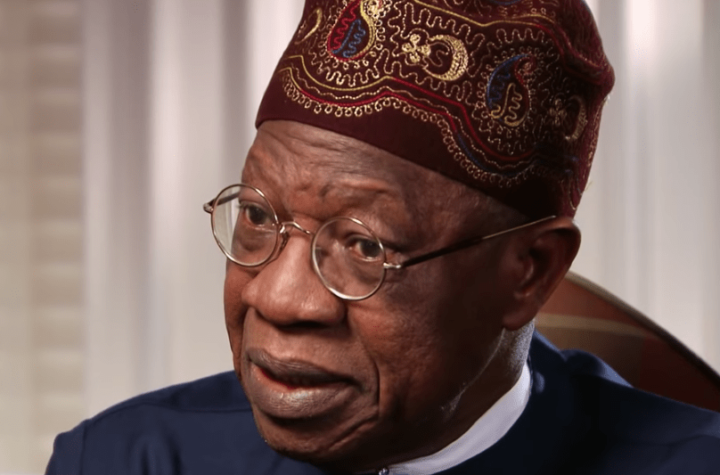 The federal government has warned political and religious leaders to stop “spitting out inflammatory rhetoric” capable of inflaming the country.

Lai Mohammed, Minister of Information and Culture, made the warning during an interview with NAN on Wednesday on the island of Sal, Cape Verde.

According to NAN, the minister is in Cape Verde to attend the 64th conference of the United Nations World Tourism Organization (UNWTO) Commission for Africa and the second edition of the World Tourism Investment Forum of the ‘OMT.

Speaking on the sidelines of the global event, the minister also cautioned the media, especially broadcasting stations, to comply with the broadcasting code and other regulations that guide them.

“In recent weeks the country has been inundated, especially by the broadcast media, with very inflammatory rhetoric which has created a kind of panic in Nigeria,” he said.

â€œThe inflammatory rhetoric that comes from political and religious leaders and some opinion makers has the capacity to set the country on fire.

“This is because the rhetoric pits one ethnic group and one religion against another and overheats the political regime.

â€œOur serious advice to stakeholders is that they should understand and remember that with leadership comes a lot of responsibilities, to tone down the hateful rhetoric as they are harmful to the country.

“They should remember that every war is preceded by this kind of silly rhetoric, especially when it comes from otherwise responsible people who people tend to take seriously.”

The minister said the government was trying to reduce the security problem in the country and what it needed was support and encouragement from stakeholders,

“We agree that there are challenges, but the government is doing its best to tackle insecurity, banditry, insurgencies and the restoration of the economy,” he said.

â€œWhat is expected of these leaders at this difficult time is support and encouragement.

â€œIt is however quite disturbing that they have thrown caution to the winds and it is no longer about leadership and maturity, but who can say something that can shatter this country.

â€œSome words we were afraid to use before, such as genocide and ethnic cleansing, are now pervading the media.

“This is why it is important to call everyone to order to appeal to their sense of patriotism so that they understand that because there is a country called Nigeria that is why they are leaders.

â€œIf what they pray for happens, they will no longer be leaders but servants in other countries. “

He said the National Broadcasting Commission (NBC) and other regulators will ensure that broadcasting stations comply with statutory laws and ethics.

He said any station that violates the broadcasting code and ethics will be â€œshown the red cardâ€.

With “A Day Off Twitch”, marginalized creators highlight the scourge of “hate raids”