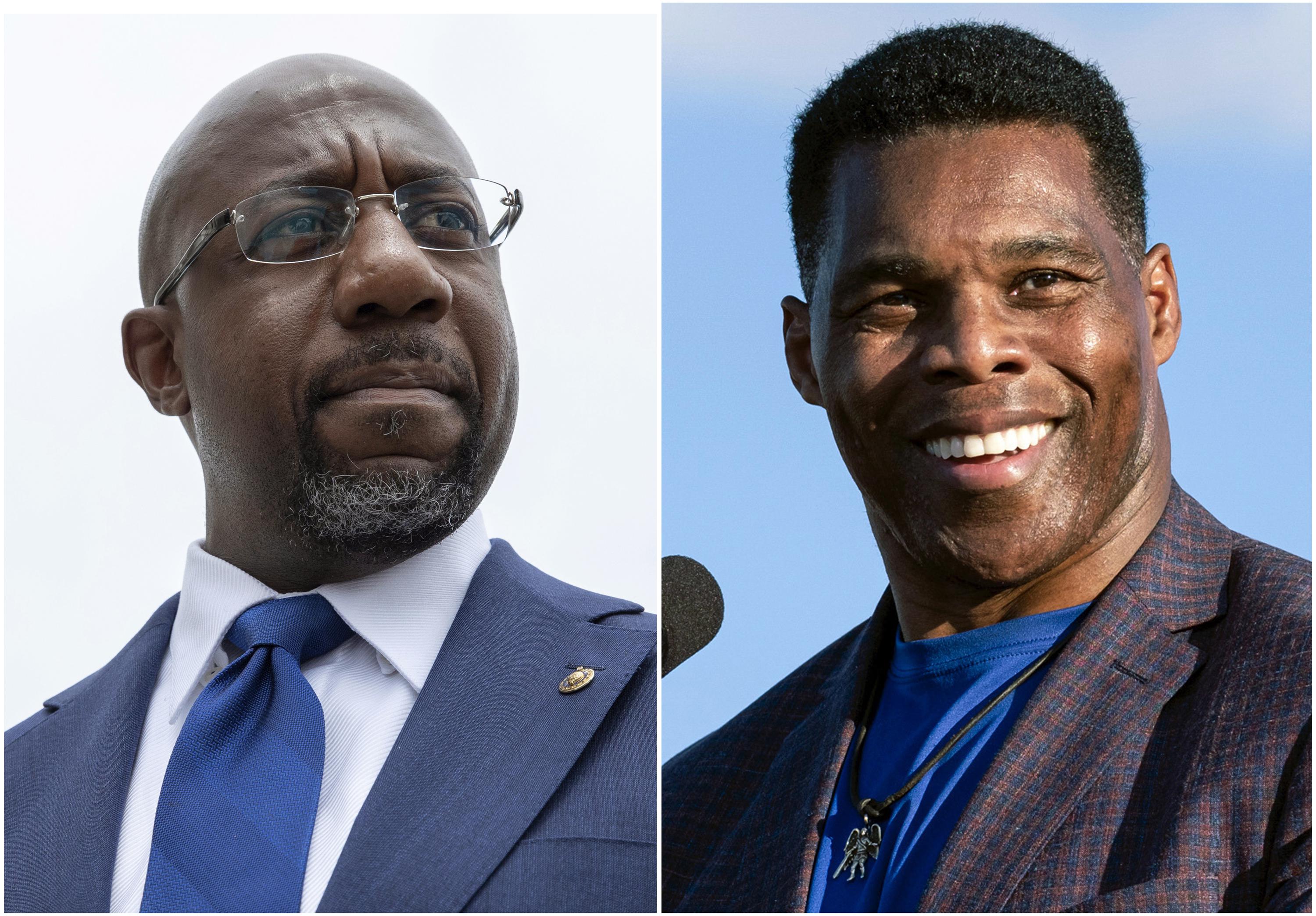 Did Herschel Walker win the Georgia Senate debate against Senator Raphael Warnock? It depends on who you ask whether or not Republican nominee Herschel Walker won the debate Friday night in Savannah. But if you ask yours truly, a Georgian black guy who lives in Dekalb County, I’d tell you he didn’t win – but he didn’t lose either.

In a highly anticipated debate against incumbent Democratic Senate Speaker Reverend Raphael Warnock, Herschel Walker, a former football star, did his job, which was to simply survive a live debate against Warnock. And that he did – barely.

From the top of the debate, Walker stumbled and stumbled over his words, as he usually does.

“I believe in lowering insulin, but at the same time eating well. I know a lot of people [sic] it’s about insulin. And unless you [sic] are allowed to eat, insulin does you no good. So you have to lower food prices, and you have to lower gas, so you can go get insulin,” Walker said.

But why can’t you also lower insulin prices, like food prices and gas prices should be, Mr. Walker?

Assuming the role of an aspiring doctor, like an aspiring police officer, Herschel Walker has apparently blamed around 8.4 million Americans who use insulin for not “eating right” – thus contributing to their diabetes. . It was both an irrational and illogical statement. It was hot, dirty air, embedded in Walker stigmatizing some 30 million Americans with diabetes.

During the debate, Walker also blames them for not being able to afford insulin because of inflation, not blaming the multi-billion dollar drug companies who perversely overcharge their customers as if they weren’t. quite rich.

It was a pathetic and embarrassing failed response to how to make insulin more affordable in times of high inflation from its competitor – Warnock.

It was offensive, not to mention its abuse of verb-subject agreement.

Before Walker’s chatter and chatter, Warnock shared his solution that he helped pass in the US Senate, the Inflation Reduction Act, which contained two of his provisions.

“One caps the cost of prescription drugs for seniors. So they don’t have to choose between buying medicine and groceries. We’re capping the cost of insulin,” Senator Warnock said during the Georgia Senate debate.

Walker doubled down on the fact that he paid for a woman he shares a child with to have an abortion, despite having a receipt, a bank statement and his signature on a check he wrote to the mother of her child.

“That’s a lie. And on abortion, I’m a Christian. And I tell people this, Georgia is a life-respecting state, and I’ll be a life-protecting senator,” Walker said.

Nonetheless, Georgia is still one of the few states that sponsors state-sanctioned murder through its death penalty while giving law enforcement near-total immunity to kill unarmed black people during met.

Additionally, Walker has previously said he supports a total ban on abortion, with no exceptions for rape, incest, or if a mother’s life is in danger. But in his debate against Raphael Warnock, Walker said he supported Georgia’s Heat Beat Bill, which gives exceptions for rape and incest if a police report is filed before the fetus reaches 20 weeks.

Walker claimed to be transparent, but even his son, Christian Walker — a rising GOP superstar or political puppet, but unabashedly queer person, exposed his father’s inauthenticity and lies.

Walker is anything but a truth-teller and shows signs of being a turn-about politician.

When it comes to funding more student loan forgiveness, Walker must remember that not everyone receives a full athletic scholarship to a college like he did. Thus, his position is that he opposes the abolition of student loans for millions of American students, many of whom are suffering financial hardship due to their loan obligations.

For example, Harvard University attracted more than $800 million in research funding last year, 70% of which was funded by the federal government. For HBCUs, the US bailout is investing $2.7 billion.

An undergraduate degree will cost on average 169% more than in 1980.

Walker’s solution? “I would get rid of federal funding for any college that increases its costs.”

As if University staff and research labs aren’t affecting everything from medical breakthroughs to technological advancements on how to prevent the ever-growing global climate crisis, Walker could only utter a single sentence about such a complex question. This was another poor, underdeveloped, and lacking in depth response for such a dire situation.

Throughout the debate, cheers and applause from the audience were heard, seemingly approving of Herschel Walker’s answers. I could only wonder if these were paid viewers, planted for television audiences as a distraction to mask Walker’s incompetent responses. Thanks to them, Walker simply survived his Georgia Senate debate, the toughest debate of his life.

As we cringed listening to Walker on stage, it soon became clear that there could no longer be two different contestants. Walker, a man with no clearly identifiable GOP allegiance, has been backed by people who seek only to dismantle the advance of black voters in Georgia. That he was cheered on by this small group of debate watchers is emblematic of the life he lived, a life in which he was allowed to skate because of his ability to score touchdowns and enrich without regard for anyone in his life he would have considered. as disposable.

What has emerged during the debate and throughout Walker’s campaign is that he lacks the seriousness to study and fully understand and discuss the issues. And what was obvious, like his political icon Donald Trump, Walker doesn’t like to read. Therefore, we cannot believe that he will study the problems and come up with a sensible plan to solve them.