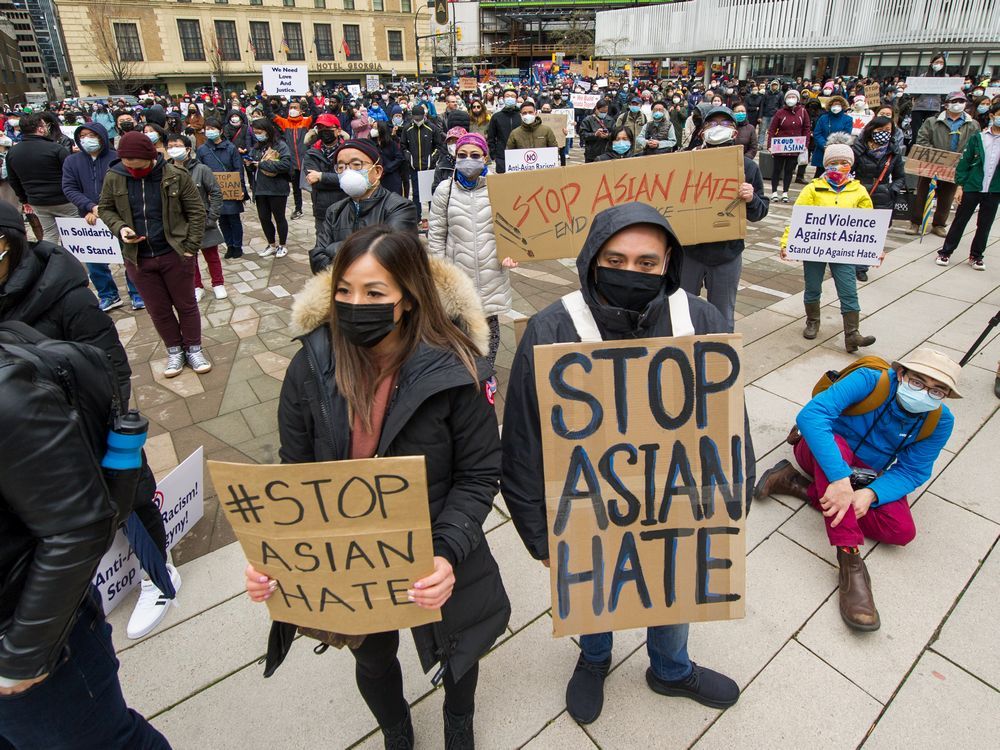 COVID-19: One in four BC residents affected by hateful rhetoric or violence during pandemic

A new poll suggests that one in four British Columbians have been affected by hateful rhetoric or violence during the pandemic, in what BC’s human rights commissioner calls a disturbing trend.

The Research Co. poll, conducted for the Office of the British Columbia Human Rights Commission, found that 9% of respondents have directly experienced an act of hate during the pandemic, including 20% ​​Indigenous respondents and 15% of East Asian descent.

Twenty-six percent of respondents had witnessed hate speech or violence regarding the pandemic. Of those who witnessed a hate incident, 50% were young people between the ages of 18 and 24, while 16% were affected by hate incidents involving racism, according to the survey.

“These are staggering numbers that are going to have long term effects on our people,” Commissioner Kasari Govender said on Wednesday.

Govender isn’t sure why so many young people are witnessing hateful incidents, but said it might have something to do with them spending more time online.

“While hate is certainly not new to online spaces, there are all kinds of reasons why hate is spewed online and it can spread so widely online,” she said.

“It is an ugly and disturbing trend. Some members of our communities are treated as less than human and therefore somehow deserve vitriol and violence. It is devastating and unacceptable.”

The commission launched its year-long inquiry in August 2021. The inquiry examined not only racism and racial hatred, but also hatred directed against groups protected under the Colombian Human Rights Code. British – including hate perpetuated on the basis of religion, gender identity, disability, sexual violence. orientation, poverty or homelessness.

For the purposes of the study, the commission intentionally uses the term “hate incidents” to assess violations of the Criminal Code or British Columbia’s Human Rights Code for hate crimes, Govender said.

Govender said the definition of hate includes “actions and speech that are rooted in prejudice which, in the opinion of the person experiencing or witnessing it, is due to a personal characteristic, for example race, religion, gender, etc. And second, that the action or speech is directed at or harms that person or group.

This includes hate incidents that occur at home or online, Govender added.

British Columbians who have witnessed or experienced such incidents during the pandemic are invited to complete a confidential online survey at bchumanrights.ca/hate-survey.

The hate incident experienced or witnessed need not be related to the pandemic, but must have occurred during the pandemic.

The survey is available online from January 31 to March 6 in 15 languages. It is also available by phone at 1-855-412-1933 or with peer support by emailing investigation@bchumanrights.ca.

“By sharing their experiences, people can make a difference,” Govender said.

The commissioner will release a final report, likely in the fall, with recommendations for addressing, preventing and eliminating hate-motivated incidents in times of crisis.

According to other polls, 80% of British Columbians are concerned about the increase in hatred and violence.

Research Co. conducted an online survey of 800 B.C. adults for the commission in December 2021. It has a margin of error of plus or minus 3.5 percentage points, 19 times out of 20.

Sign up to receive daily news from the Vancouver Sun, a division of Postmedia Network Inc.

Thank you for your registration!

A welcome email is on its way. If you don’t see it, please check your spam folder.

The next issue of Vancouver Sun Headline News will soon be in your inbox.

We encountered a problem during your registration. Try Again