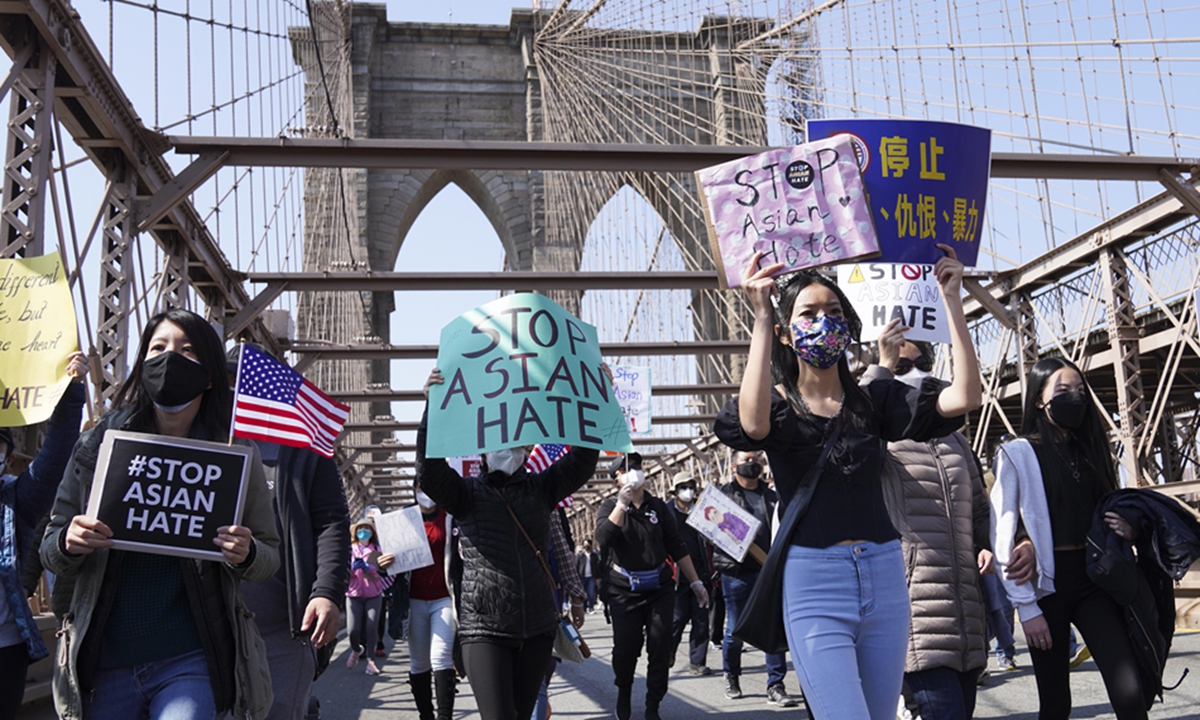 The consulate expressed condolences to the innocent victims and expressed sympathy to their families and the injured, according to the Chinese Consulate General in San Francisco on Tuesday.

Surveillance video obtained by CBS showed an Asian woman’s brazen attempted robbery in broad daylight in Oakland, the woman was shot and rushed to hospital where she died, her identity has been released. confirmed as Xu’s dentist, according to CBS News Tuesday.

A Chinese woman living in Pleasanton, United States, told the Global Times on Wednesday that she was “very concerned” about the security issue. She said the current situation in the areas where she and her family live is “relatively safe”, but she is still concerned after watching reports of attacks on Chinese Americans.

“I was sleepless yesterday (after watching the news),” she said. She wanted to teach her son to be careful and take self-protection precautions when going out.

Over the past two years, shocking hate crimes against Asian Americans have frequently occurred in the United States. On July 14, 2020, in New York, an 89-year-old Chinese-American woman was slapped by two strangers on the street, then the two men set her clothes on fire, according to media reports. In November 2021, several Asian students were attacked by a group of teenagers on a train in Philadelphia, media reported.

The consulate reminded Chinese citizens, especially foreign students and compatriots, to raise awareness about protection against discrimination and violence against people of Asian origin. Citizens in need could seek help from local police and seek consular assistance.