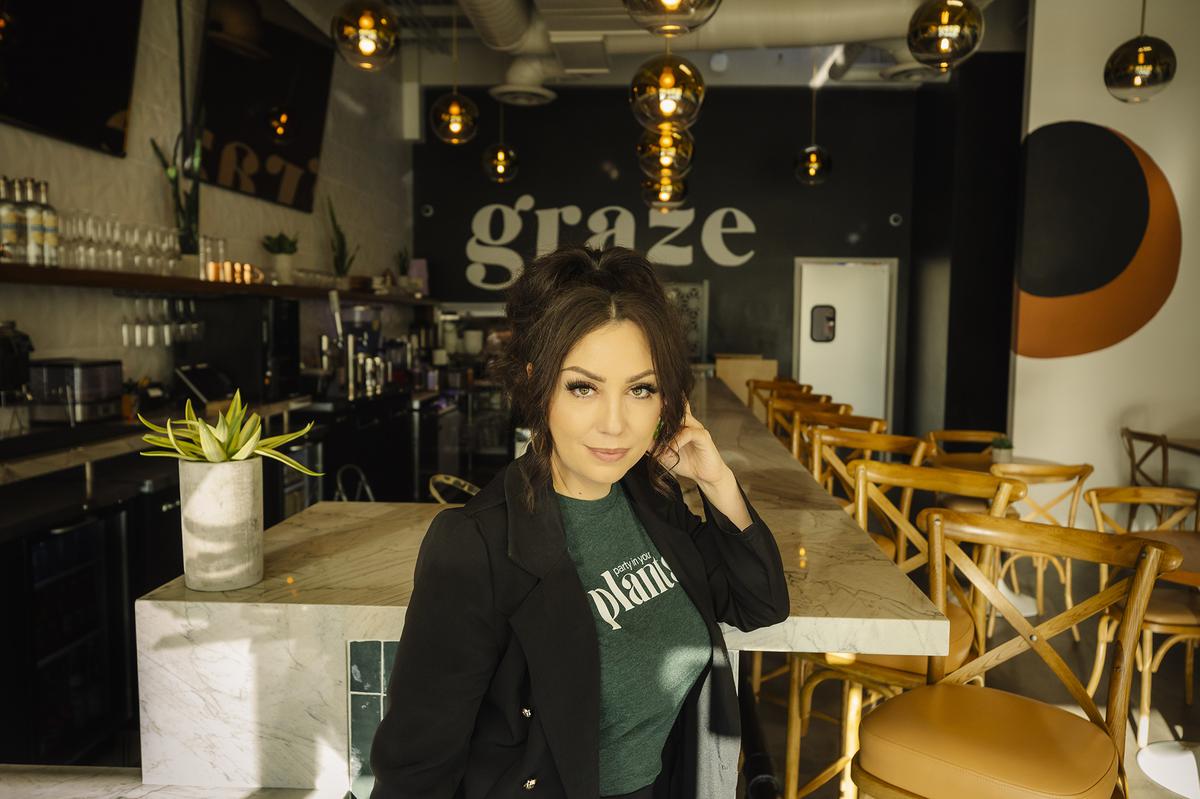 Amelia Cooper has learned to keep her phone handy. “Everything important in my life seems to happen over text these days,” says Cooper, an entrepreneur of more than 10 years.

Even before she received the text that would lead her to a partnership with two established restaurateurs, Cooper owned Amelia C&Co, a successful local hair and makeup agency. Cooper’s diverse clientele included politicians and gala attendees, but the city’s $2 billion wedding industry had become the agency’s most profitable connection. At the height of the pandemic, Cooper says, Amelia C&Co was working on some 700 weddings a year.

“That’s what was happening when the world shut down,” she says, “and then the agency, and indeed the whole wedding industry as we know it, fell apart. “

A week before the pandemic shut down, cancellations from wedding clients started rolling in, and in the days that followed, Cooper’s agency lost hundreds of thousands of dollars, she says.

“The special events industry not only lost our source of income, but most of us were in the position of having to repay the deposits made,” she says. “It would be like losing your job and then having to return six months worth of paychecks.”

As Cooper navigated through unemployment and business loans, she doubled down on her volunteer efforts in order to help the community and counter her own sense of helplessness. “I know for a fact that there are a lot of people who were worse off than us, because I served them,” she says.

Cooper also began to spend more time in the kitchen. “I cooked a lot for myself, for friends, for family, out of passion and a bit of neurosis,” she says. She became a personal chef for some of her friends. And then Tabitha Simmons, a friend of a friend, texted hoping to order BBQ-friendly sides for the 4th of July weekend.

Cooper did, and Simmons quickly replied, “It was one of the best vegan meals I’ve ever had. I don’t know what your plans are for the future, but would you ever be open to a partnership? »

Cooper quickly arranged a tasting for Simmons and her husband. “Now I have John Simmons, owner of Firefly Tapas, [where] I’ve been drinking too many mojitos, sitting in my kitchen, and frying cauliflower for him,” Cooper recalled.

The meal, which also included Brussels sprout salad, a blueberry curl, and a signature cocktail, was a hit, and Cooper and the Simmons began imagining him running a ghost kitchen from Firefly. But before long, it became much more.

Today, they are partners behind the plant-based restaurant Graze Kitchen, located a few doors down from Firefly’s southwest location.

“The restaurant industry is extremely complicated, competitive and difficult to succeed,” says Cooper, “and without any experience… I would never have opened a restaurant [without] experienced partners with whom to do so.

Click on HERE to subscribe for free to Weekly Fix, the digital edition of the Las Vegas Weekly! Stay up to date with the latest Las Vegas concerts, shows, restaurants, bars and more, delivered straight to your inbox!

“Everything Everywhere” is insanely good

Who are ‘Male State’, the Russian online hate group?