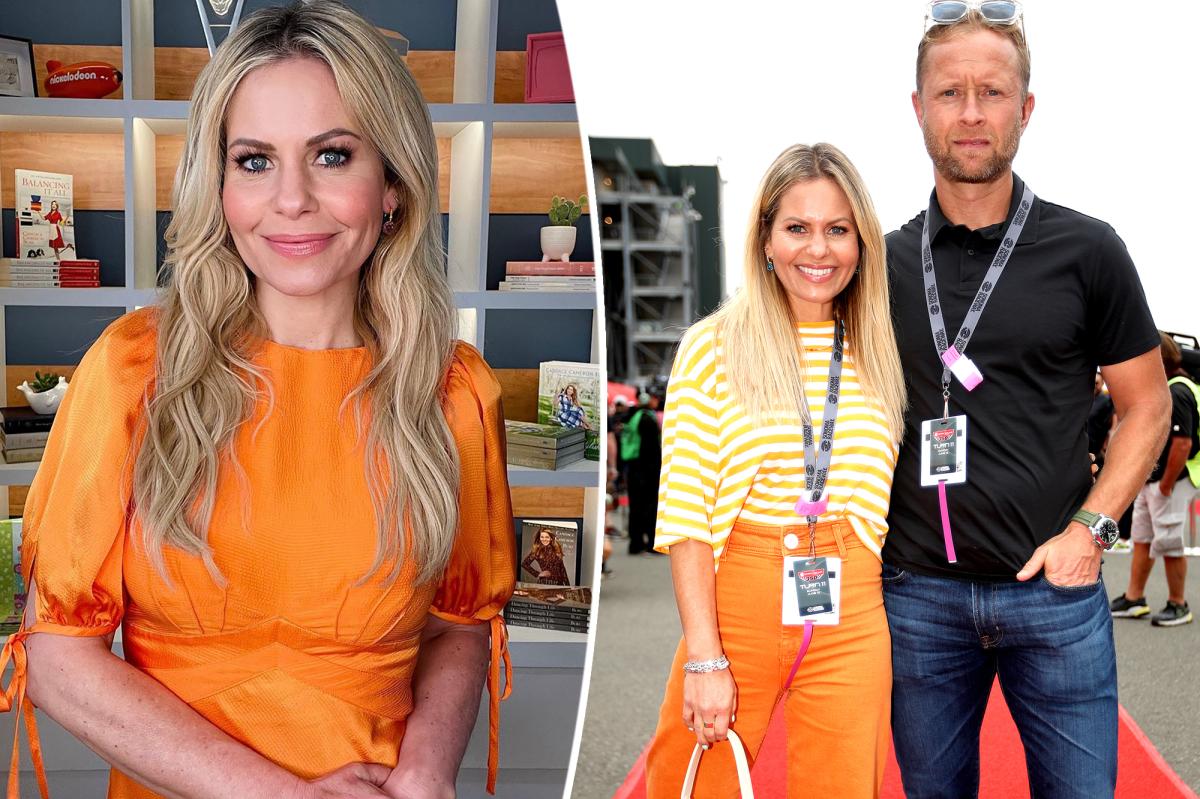 Candace Cameron Bure claims people are trying to “murder her character” and accuses the media of using her controversial marriage comments to “fan the flames of conflict and hatred”.

“Any of you who know me know without a doubt that I have so much love and affection for everyone. It absolutely breaks my heart that anyone thinks that I would intentionally offend and hurt someone. she told Page Six in a lengthy statement via her rep on Wednesday.

“It saddens me that the media often seeks to divide us, even over such a heartwarming and joyous topic as Christmas movies. But, given the toxic climate in our culture right now, I shouldn’t be surprised. .

The “Full House” alum then addressed the media, as well as “those who hate what I like and attack me online” and people who try “to assassinate my character.”

“I have a simple message: I love you anyway,” she said, adding “To everyone reading this, of any race, creed, sexuality or political party, including those who have tried to bully me with insults, I love you.”

The actress’ response came two days after she spoke to The Wall Street Journal about her move from the Hallmark Channel to the Great American Family Network.

Asked about the same-sex couples portrayed on screen, Cameron Bure, 46, replied, “I think Great American Family will keep traditional marriage at its core.”

The ‘Dancing With the Stars’ alum went on to praise the company for promoting “religious programs and good family entertainment”, calling them “Christians who love the Lord”.

In her statement Wednesday, she also says she is “grateful” to be part of the Great American Family network and clarified comments she claims were omitted from the Wall Street Journal article.

“I had also expressed in my interview, which was not included, that people of all ethnicities and identities have and will continue to contribute to the network in tremendous ways, in front of and behind the camera, which I encourage and support. fully,” she said in her statement. “I have never been interested in proselytizing through my stories, but in celebrating the greatness of God in our lives through the stories I tell.”

She ended her statement by praising God and saying that “He will be reflected in everything I do and say.”

“In the sole motivation of pure love, I hope you will join me in sharing God’s hope for the whole world this Christmas season. Call it my Christmas wish.

The backlash was swift, with Hilarie Burton calling Cameron Bure a “bigot” on the same day.

“I don’t remember that Jesus liked hypocrites like Candy. But on. Earn your money, honey,” the “One Tree Hill” alum, 40, tweeted. “You ride that wave of prejudice all the way to the bank.”

Burton’s husband Jeffrey Dean Morgan also slammed Cameron Bure, tweeting on Tuesday that he doesn’t know “who the hell” she is.

As for JoJo Siwa, who infamously fell out with the former “View” co-host in July, she condemned Cameron Bure’s “hurtful” latest comment in an Instagram post.

“I honestly can’t believe after everything that happened just a few months ago that she would not only create a movie with the intention of excluding LGBTQIA+ people, but also talk about it in press,” the 19-year-old “Dance Moms” alum wrote on Tuesday.

“You know I love you ❤️❤️,” she wrote to the YouTuber.

Sweetin, 40, then shared Instagram Story uploads sharing information on “important legislation coming to the Senate,” the Respect for Marriage Act.

In 2016, Cameron Bure said he was “ok” to work on projects that included LGBTQIA+ representation.

“I support everything that we go through as human beings and would like all of our characters to explore all of the current issues in our culture and society,” she told a panel.