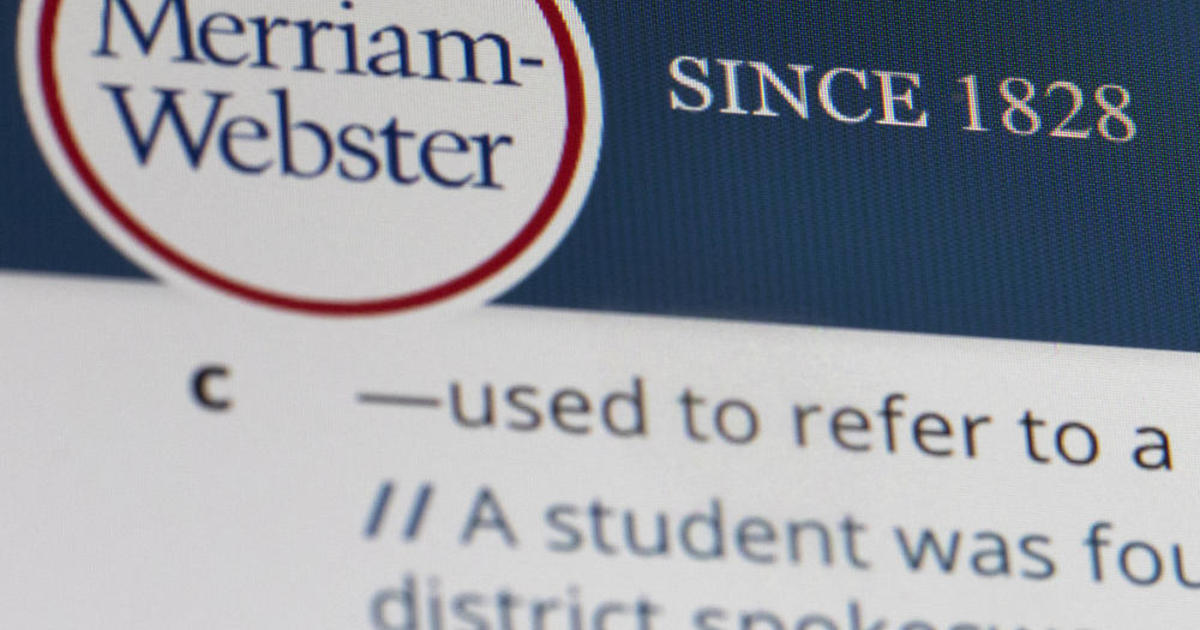 A California man has been arrested for making violent threats against the Merriam-Webster over the dictionary company’s gender definitions, the Justice Department announced Friday. Jeremy David Hanson, 34, of Rossmoor, Calif., could face jail time if convicted of anonymously sending what authorities described as violent, ‘despicable’ and ‘full of hate’ messages. hate”.

Between Oct. 2 and Oct. 8, 2021, Merriam-Webster received a series of “threatening messages and comments demonstrating bias against specific gender identities” on its website and submitted through its “Contact Us” page, according to a criminal complaint. After the threats, Merriam-Webster closed its offices in Springfield, Massachusetts and New York, New York for five business days.

According to the dictionary website’s definition for the word “woman,” Hanson reportedly wrote, “There is no such thing as ‘gender identity.’ The fool who wrote this entry should be hunted down and shot.”

On the website’s “Contact Us” page, Hanson reportedly sent the following message: “You [sic] the headquarters should be shot down and bombarded. It’s sickening that you gave in to cultural Marxism, anti-science tranny [sic] the agenda and changed the definition of “woman” as part of left-wing efforts to corrupt and degrade the English language and deny reality. You evil Marxists should all be killed. It would be poetic justice for someone to storm your offices and shoot down the place, leaving none of you commies alive.”

He is also accused of sending another message later to Merriam-Webster threatening to “bomb your offices for lying…”.

“Everyone has the right to express their opinion, but repeatedly threatening to kill people, as has been alleged, takes it to a new level,” Bonavolonta said in a statement Friday. “Threats to life are certainly not protected speech and they cause real fear in victims.”

Hanson now faces a charge on an interstate communication count of threatening to commit acts of violence, which could land him in prison for up to five years with three years of supervised release and a $250,000 fine if found guilty, according to the DOJ. He was released on conditions ahead of his first appearance in federal court, scheduled for April 29.

Tori B. Powell is a breaking news reporter at CBS News. Contact her at tori.powell@viacomcbs.com