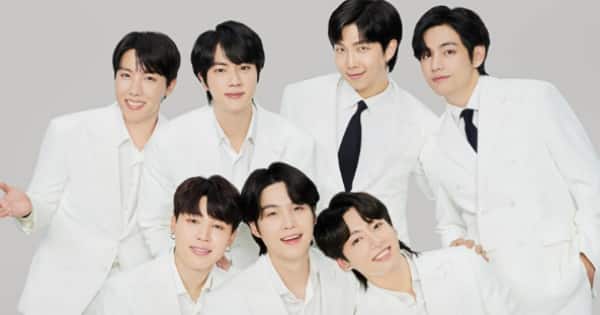 BTS teams up with Disney Plus Hotstar for even more Bangtan content. Yes ARMYwe get new Bangtan boys‘ content soon. Just a few hours ago, BTS X Disney Plus Hot Star released an announcement teaser. This means that you will all be able to see exclusive content from Bangtan Boys – RM, Jin, Suga, J-Hope, Jimin, Taehyung and Jungkook together. This is the Asia-Pacific region. The teaser is getting a thunderous response, but there are some non-ARMYs who don’t like the development.

According to reports, BTS has signed a multi-year deal to produce exclusive content related to BTS and Korean music and entertainment. This will help spread South Korean content across the world. Honestly, it’s a kicker for fans of Kpop and Kdrama lovers. The Bangtan Boys – RM, Jin, Suga, J-Hope, Jimin, Taehyung, and Jungkook – are heard talking about the BTS content they can watch in the teaser for the announcement. Suga revealed that BTS permission to dance on stage concert which took place in Los Angeles will soon be available for streaming for subscribers. And that’s not all, BTS has announced a new docuseries called BTS MONUMENTS: BEYOND THE STARS which is scheduled for 2023 Dates are yet to be announced. Check out the teaser here:

NON-BTS fans are trolling the platform and the boyband

Disney Plus Hotstar’s new move has been met with a mixed reaction. While ARMYs in the Asia-Pacific region are happy to hear the same, there are non-fans who have criticized this decision on the OTT platform. They spewed hate in the comments against the OTT platform and even the boyband. Whether it’s talking about boycotting the channel/platform or unsubscribing, etc., there’s a lot of hate against BTS and Disney Plus Hotstar in the comments. Check out some of the reactions here:

BTS ARMY is thrilled with the same

On the other hand, BTS ARMY is excited that they will soon be able to watch more BTS content. While there are many who would like to unsubscribe from Disney+ Hotstar, there are ARMYs who would get subscriptions for sure.