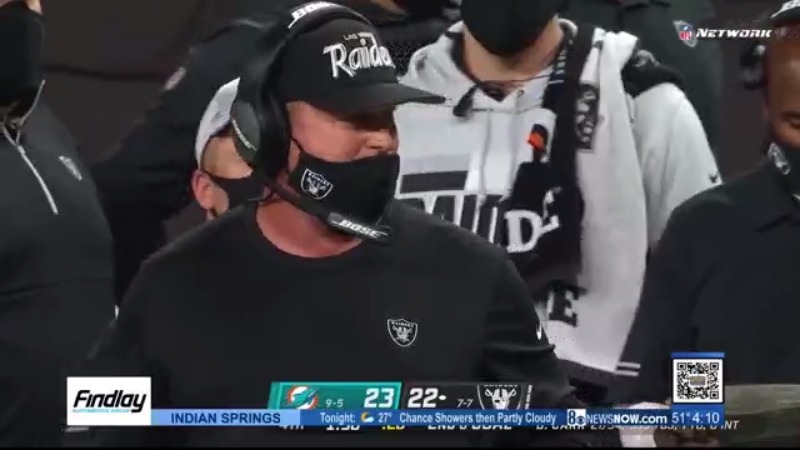 LAS VEGAS (KLAS) – Las Vegas Raiders head coach Jon Gruden has come under fire for racist criticism he made in a 2011 email.

Gruden complained about NFL Players’ Association chief DeMaurice Smith and wrote to Bruce Allen, then on the Washington football team, that “Dumboriss Smith has lips the size of Michelin tires.”

Gruden told the Wall Street Journal he didn’t remember the email and added, â€œI was upset. I used a horrible way of explaining it. I don’t think he’s stupid. I don’t think he’s a liar. I don’t have a racial bone in my body, and I’ve proven that for 58 years.

Wiliams says he hopes Gruden will take this time to reflect on the power his hurtful words have, but his poor choice of words from a decade ago should be held against him.

â€œHe’s a person our community has adopted here in Las Vegas. The issue is important that we hate to hear every time someone makes a comment like this, but I think he deserves an opportunity to grow up and to learn from it, â€added Wiliams.

Williams is a devoted Raiders fan. He would hate to see the Raider Nation suffer because of it, but as a community it can grow.

Work for a Safe, Strong and Equal Camden this Hate Crime Awareness Week