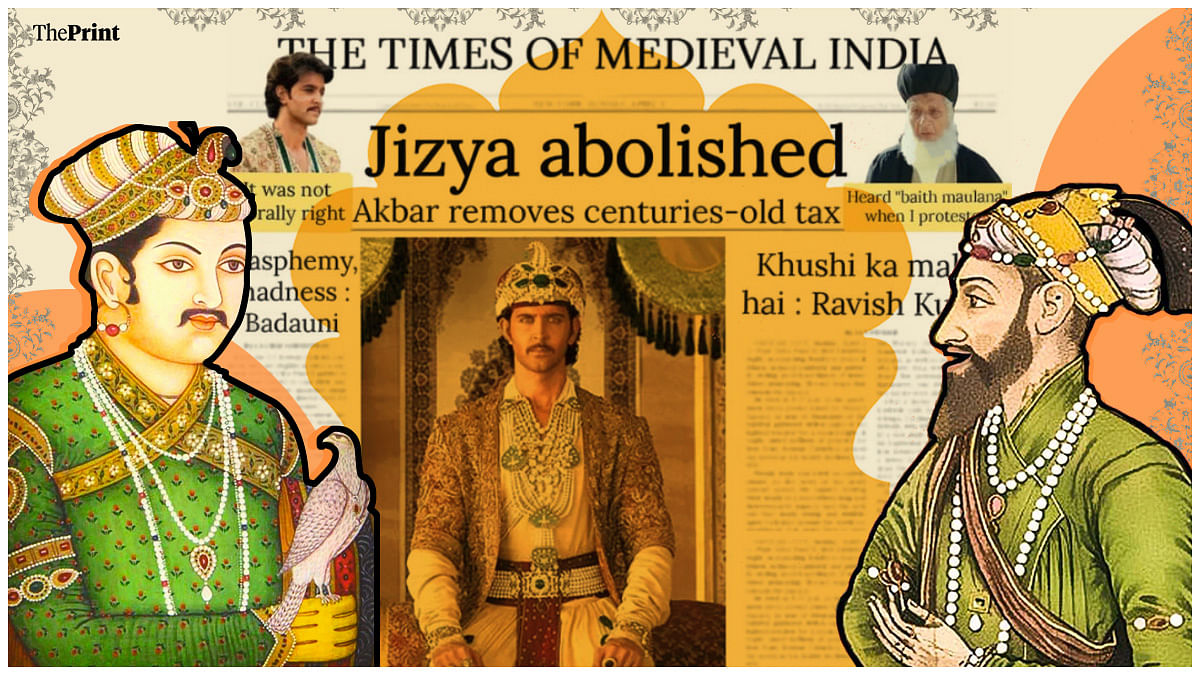 New Delhi: When admin Birbal took to Instagram to post a curated list of books for Mad Mughal Memes on November 9, 2019, he noticed some unusual activity. Notifications were blaring and DMs were flooded with hate – “We will find you. You will have to pay for it,” one message read.

That evening, however, everything seemed abnormally noisy. The Supreme Court has rendered a verdict in the Ram Janmabhoomi-Babri Masjid case. India was at a standstill and many schools and colleges were closed. People were anticipating violence in the streets, and social media, in particular, was burning with hatred. It was a day when everything Mughal was the target. How could a meme page escape it?

Over the past seven years, the Mughal Memes page on Instagram and Facebook has attempted to push back against the daily hatred and vilification of Mughal leaders, making them more accessible and delivering a story with a tinge of humor. Memes have now become their everyday mode of resistance.

“The Mughals weren’t all gunpowder, wars and nautch girls. They were great patrons of the arts and had an unparalleled cultural sensitivity,” Birbal said. Bollywood and contemporary works do not do them justice.

India is going through unprecedented whims in history. Many historical figures are drawn into the polarizing politics of 21st century India. And Mughal rulers are the favorite punching bag and trigger words of some Hindus today. What started out as hatred for Babur and Aurangzeb didn’t even spare Akbar anymore. There is resentment being expressed – not just on social media, but even by people such as Bollywood stars Akshay Kumar and Anupam Kher – over what many see as an over-focus of Indian textbooks on the Mughal period. to the detriment of the Hindu kingdoms.

But Mad Mughal Memes on Instagram is trying to change this meme at once. This is when even small efforts to publish facts or teach Mughal history can be considered bold acts. From death threats to doxing warnings to having their accounts near-deleted, these admins have faced criticism from all corners. Online hatred and ridicule have become part of their lives.

What began as a seven-member team’s ambition to impart knowledge and spread passion for Mughal history quickly became the go-to page. Mad Mughal Memes has amassed over 3,00,000 followers on Facebook and 28,000 on Instagram, including big names like William Dalrymple, Rana Safvi, Ira Mukhoty and Manu S. Pillai.

“It’s part of our existence, it’s something we get oxygen from,” Admin Birbal said. The hatred and ridicule they face inspires them to come back stronger. “Despite the hate, we believe that those who troll us are a microscopic minority of those who like us and our content,” says Birbal.

It all started with admin Babur who launched the page on Facebook. Then came the others with a shared love for history and memes. “Memes are like science, which in the right hands can create wonders. They can also be used for propaganda purposes and to fuel hatred. It’s as dangerous as misinformation,” Birbal said.

Administrators of Mad Mughal Memes include Babur, a teacher, Zauq, an IT professional who previously worked with Google, Ruqqaya, a young lawyer, Roshanara, a postgraduate student, and Shahjahan, a Ph.D. candidate. The admins all have day jobs, but they regularly brainstorm for witty memes. They work remotely and are based in different cities in India and Southeast Asia.

The administrators chose to remain anonymous for security reasons, including because of the Hate Squad hunting them down for their “alleged glorification of Muslim invaders.” But now they have started to like hiding behind the veil of anonymity. “It’s our secret identity as Batman,” Birbal said.

Most of their friends and relatives have no idea about their secret lives online as history guerrillas. It started as a one hour daily job but now Mad Mughal Memes are taking more and more space in their waking hours, life and mental space.

They barely have time to set up online meetings but stay connected on WhatsApp to brainstorm and discuss feedback. Their small victories come in the form of people saying, “This is how history should be taught. Admin Birbal particularly appreciates his students using memes in their class discussions and presentations.

Admin Birbal has also recently started using memes at lectures to showcase some key events in Indian history, and students are taking advantage of this. “It gives them a break from their textbooks,” he said.

The above meme highlights Mir Jafar’s betrayal during the Battle of Plassey in 1757 when he sided with the East India Company behind Siraj ud-Daulah’s back.

“I meet a lot of people who want a quick way to learn history and are often led to misinformation on the internet. History shouldn’t be boring for anyone, and the admins of Mad Mughal Memes are doing a great job to bust the myths,” says Suranya Sengupta, author and history buff.

Bringing the era of medieval India to life

Along with the witty memes, they also created a fun fictional diary called The era of medieval India.

Through this, Mad Mughal Memes admins tried to dramatize the subplots of the story, and the followers love it.

“Sometimes we come up with a really clever meme that surprises us too. But we don’t get the response we expect. We post it, and it gets 30-50 likes in an hour. So with an online audience, content is equally a hit or miss. Other times, the weirdest things become popular,” says Birbal.

Gen Z finds Ravish Kumar fascinating because of the way he reports big news. Birbal tried to bring Ravish Kumar’s ingenious grounding ability to life through the Functional Diary. The “typical” of Ravish Kumardarr ka mahol hai“Comments raised during prime-time TV debates have turned into meme-worthy content for many.

Ravish Kumar’s comment in The era of medieval India is fun . Now, fans ask for “Ravish Kumar” on every edition of the newspaper. Another fan favorite is Abdul Qadir Badayuni, the first “Grand Mufti of India”, a historian in Akbar’s court. His ever-standing dialogue “Blasphemy, Madness” is a running gag. The idea behind Badayuni’s inclusion was to portray his annoyance with Akbar’s religious policies – he hated Akbar’s liberalism and did not consider him a “good Muslim”.

For Badayuni, a good Muslim would never abolish the jizya, a pilgrimage tax levied on non-Muslims. This is why Akbar was the “walking motive of blasphemy”. Unlike the “Babur ki auladA policy propelled by the Yogi Adityanath government, Mad Mughal Memes is on a quest to portray an alternative image of Mughals.

Despite the great popularity of “Ravish Kumar” and Badayuni among followers of Mad Mughal Memes, nothing triumphs over Humayun memes. Administrators did not spare the Mughal Emperor’s death by falling from the stairs of his library: memes say that the stairs were a bigger antagonist in Humayun’s life than Sher Shah Suri himself.

Read also : How the cheetah, a hunting ally of the Mughals and the “vermin” of the British Raj, died out in India

In addition to keeping the story debates going, they also started other gigs. They launched the Mad Mughal Memes podcast and recorded episodes with Rana Safvi, discussing her recent book A Snot, a folk Jbeer and other stories: Lesser known monuments with India. They also spoke with actor Charu Shankar, best known for playing Nur Jahan in his period drama, Siyasat was released in 2017. They talked about the popularity of the drama, screenplay, and female portrayal in the story.

Mad Mughal Memes is also set to collaborate with SemiMyth Entertainment, a software game company. Their latest venture is to create a strategy game based on medieval South Asian history.

Mad Mughal Memes are only getting stronger, but their “I did it” moment was filled with shock and confusion because former Pakistani Prime Minister Imran Khan “stole” their post.

Birbal had written a small article about Tipu Sultan and posted it on Instagram. Just a day later, the post was on Imran Khan’s Instagram feed. Birbal was told by a follower, “Deko kaun kiya tumhara chori post (Look who stole your post).

“I had mixed feelings, I was sad and angry, but strangely happy because a world leader noticed our work. We were hysterical because it was content theft from a world leader But we’re going to give him some slack given his dramatic ousting,” Birbal said.

Birbal and Ruqaiya, who run Instagram, are torn between speaking to Khan’s social media team or settling the case in the International Court of Justice.