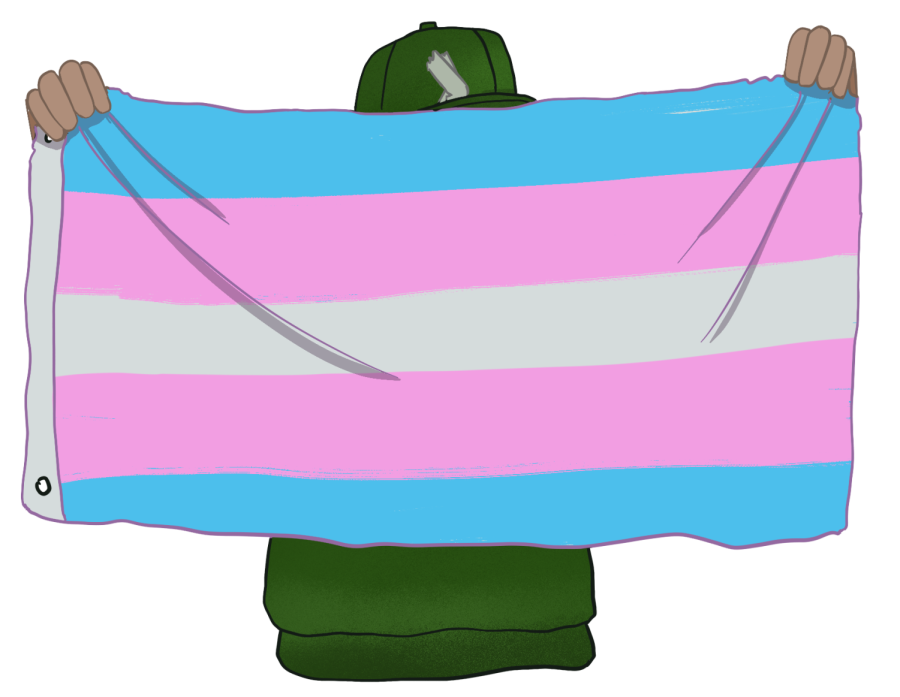 In the struggle for human rights, protest is inevitable. Normally, protest is a way to call for the change we seek, but protests can do more harm than good if they start to infringe on other individual freedoms. When this happens, there is no right side; a person’s political beliefs do not matter if they actively violate the personal freedoms of others. These blurred lines of activism then subtract the same goals that could be achieved through more entirely constructive action, such as writing letters to elected officials or signing petitions.

On March 2, protesters on the University of North Texas (UNT) campus took action against a guest speaker from the school’s Young Texas Conservatives Club. That speaker was Jeff Younger, a Republican candidate for Texas House District 63 and an outspoken opponent of gender-affirming health care for transgender people. He is best known for preventing the transition of his own child, who identifies as a transgender girl. The reaction to Younger’s presence on the UNT campus was particularly heightened by news of Governor Greg Abbott’s recent executive order condemning child transitions and ordering an investigation into parents of trans children. The student-led protests that took place at UNT showed support for trans youth affected by Abbott’s executive order and denounced the bigoted stance taken by many other Texas conservatives in the running or in the running.

While this position is undoubtedly one to act against, due to its defamation of the LGBTQ community and fight for access to needed health care, protest is most effective when executed in a manner non-violent, which was not the case at the UNT. The protest quickly spiraled out of control, despite protesters’ intentions to prevent the spread of harmful speech. Students shouted and banged on desks to keep Younger from speaking, undermining the overall effectiveness of their activism. There’s no denying that Younger’s views are extreme and downright hateful, but forcing him to retreat off campus with a police escort is surely not the right way to establish that. If his speech had gone as planned, it would have been much easier for Younger’s critics to condemn him without having to worry about students who may have violated his personal freedom of speech.

We all have freedom of expression, and although we may use it in different ways, it is always imperative to maintain it. It’s a challenge on college campuses, especially in Texas, where a host of issues are becoming increasingly sensitive topics to be discussed respectably. Instead of being able to share opinions on these issues, more has recently been done to avoid uncomfortable situations by banning discussion altogether. Even as these issues become increasingly relevant, state government and school boards feel the need to clamp down on the expanding narratives in order to sustain their own.

Colleges as a whole are disadvantaged by this; campuses are meant to be places that foster growth by learning from different perspectives, even though those perspectives may be unpleasant. Of course, this is no excuse for encouraging bigotry and hate speech – people should always be held accountable for their hate-motivated words and actions. Freedom of speech is distinct from hate speech, and this must be understood if we are to expand our ability to communicate.

Unfortunately, the current political climate in the United States, and especially in Texas, has high tensions between those with opposing beliefs. With each of the two major parties believing the other to be radically disagreeable, a discussion is no longer a capable tool for people to find a compromise. I’m definitely not the one with a solution, but in my mind there is at least room for improvement.

We can start by listening. This does not include waiting to expose holes in another’s argument or correcting them, but rather involves really listening to other points of view and learning why people have them in the first place. . Engaging in respectful conversation shouldn’t involve a battle for dominance. In the past, I know I’ve been drawn into debates with people who were just looking for attention. When disagreements are out of proportion, the core issue is buried under emotion, and no one walks away with a better understanding of their opponent’s point of view. Again, hate speech is not freedom of expression and should not be treated as such. There’s a stark difference between disagreeing with someone and hating who they are.

Connecting and integrating the freedoms of expression and protest is essential to instigate the change we want to see in the future. My ideal activist is someone who knows his own beliefs, but also knows those of the opposition he faces, no matter how outlandish.

To find common ground in the future, we need to start cultivating our culture of information sharing again. It will not be easy, because there will continue to be disagreements regardless of the environment in which the discussion takes place. Hopefully, we can realize that beliefs don’t need to be forced down our throats to be addressed. Understanding each other (outside the realms of bigotry) will be key, not only to forming new connections, but also to creating a future where our beliefs can coincide.

Since March 12, Abbott’s order to prevent access to gender-affirming health care has been temporarily blocked by a Texas judge, after widespread public outcry over how it would affect transgender youth and their families. families. This is not where our activism ends. The protection and amplification of trans voices must continue if we are to see a real tide change against homophobic and transphobic legislation.

Who are ‘Male State’, the Russian online hate group?