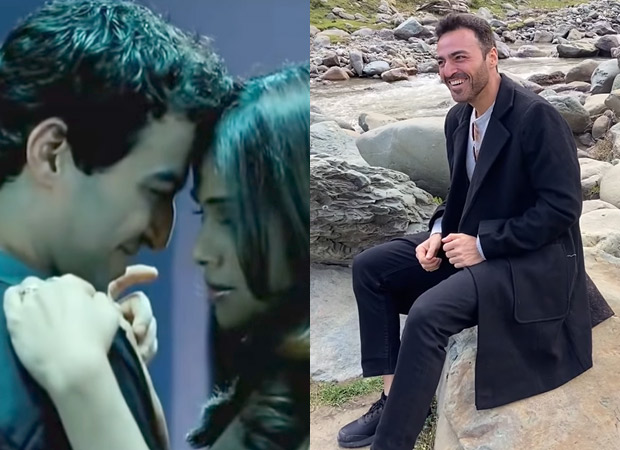 Ayaz Khan reacts to hateful comments for slapping Genelia D’Souza in Jaane Tu Ya Jaane Na in the most hilarious way: Bollywood News

Actor-model Ayaz Khan has performed many roles on silver screens over the years, but there is one character that haunts him until today. Even after 13 years of Jaane Tu Ya Jaane Na, the fans have not forgotten the role of Ayaz. The film starred Imran Khan and Genelia D’Souza in which Ayaz played the role of antagonist Sushant Modi, fiance of Genelia’s Aditi Mahant.

In one of the scenes, Sushant slaps Aditi in the face, which had a lot of impact and was a game-changer for the main characters in the film. But it seems that; the repercussions of the scene continue to follow Ayaz even on social media as netizens continue to ask him why he slapped Aditi. Taking this issue on her Instagram account, Ayaz shared a hilarious video. In the video, the actor was seen reacting to all the trollings he continues to face for slapping Aditi in the 2008 film.

He captioned the video as follows: “It’s been 13 years but the hate doesn’t stop ???? # JaneTuYaJaneNa.” The title of his video read: “The number one regret of my life: slapping Aditi.” With the lo-fi version of ‘Kahin to’ by AR Rahman playing in the background, Ayaz is seen dramatically regretting his action even though it was only in a movie. The video also flashed a series of comments from livid netizens who expressed their reaction. Some of the comments appearing in the video read, â€œIsn’t that the dude who hit Aditiâ€ and â€œBhagwan tujhe maaf kar sakta hai magar mein nahi karunga. Grant Aditi pe haath uthaya hai (God might forgive you but I won’t because you slapped Aditi). Another comment that flashed on the screen read: “Aditi ko kyu mara (why did you hit Aditi)”.

As soon as he shared the video, netizens appreciated him for taking hate in such a positive way. One of the users shared his reaction in the comments which read, “I love how he takes all this hate in such a light way.”

Berkshire Crime: Black Lives Matter protests may have resulted in a worrying increase in racial attacks around Berkshire