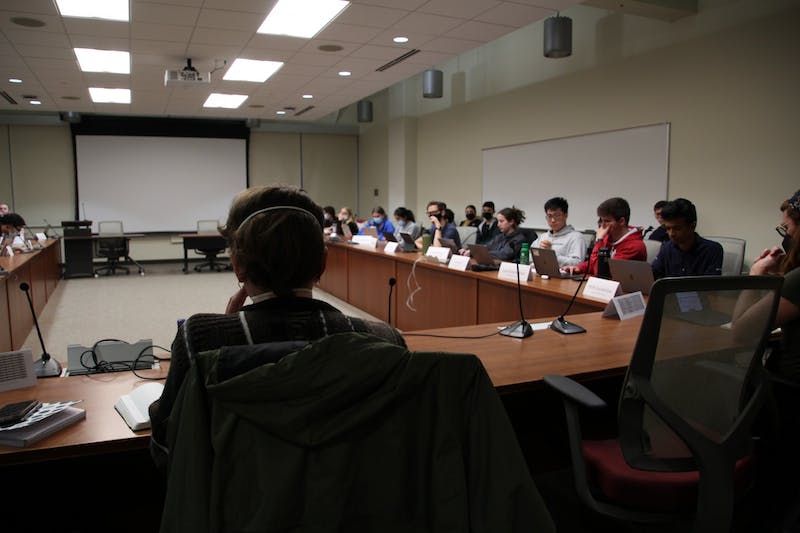 Madison Student Associates gathered for an emergency meeting to respond recent acts of violence Monday against Asian students at the University of Wisconsin-Madison. The meeting, convened by ASM President, Ndemazea Fonkem, provided community members with an open forum to express the impact of these events.

WSA then voted to pass an endorsement of a open letter condemning the violent attacks and urging UW-Madison leaders to take greater action to keep their community safe.

Representative Steven Shi, a WSA member and international student from China, explained that many students found the university’s response to the incidents troubling because of its reluctance to identify these crimes as racially motivated and its failure to indicate that the victims were each of Chinese nationality. origin.

Those details were omissions, Shi said, from the administration’s response to multiple attacks which took place near University Avenue last week. These attacks have been widely identified by the campus community as racially motivated, and many believe they are part of a larger pattern of anti-Asian sentiment in Madison.

Meeting participants were encouraged to read a personal account of an attack as written by the victim, which was widely shared on various social media platforms in English and Chinese.

In a statement echoed by nearly every student who spoke at the meeting, Shi detailed the damaging nature of a statement made by Samantha McCabe, director of international student services (ISS) at the University of Wisconsin. In a meeting with Channel 3000, McCabe called the protest “culturally inappropriate” in China.

Shi said the “humiliating, hurtful and inappropriate” nature of the comment lies in its perpetuation of harmful stereotypes about China and East Asia in general. According to Shi, protesting has no cultural context, as it is a “basic human right” to speak out and be heard.

Qinlei Zhang, an international student from China, reiterated Shi’s point in condemning McCabe’s comments. Zhang said that even McCabe, as director of the ISS, “doesn’t know how to respect students from diverse cultural backgrounds […]we can see that the university actually lacks awareness on how to create a diverse and inclusive environment.

WSA held a vote to approve a letter to the university administration and relevant authorities regarding their response to these attacks. The doomed letter A declaration released by the Madison Police Department saying – at the time – detectives had no information leading them to believe the attacks were racially motivated.

WSA called the statement “inconsistent with what we have learned from multiple credible sources, including the victims themselves.”

The letter also urged the university to take more direct action to address similar crimes. Some of the letter’s demands included the establishment of mandatory diversity trainings for students, a designated point of contact for APIDA (Asian American, Pacific Islander and Desi American) students who may be victimized, and transparency in the investigation process.

Enjoy what you read? Get content from The Daily Cardinal delivered to your inbox

The letter was taken to the floor for open debate. A vote then took place, which resulted in its adoption.

Students who wish to report an incident of bias at the University of Wisconsin may do so. here. Those looking for mental health resources can find them here.

The Daily Cardinal has covered the University and community of Madison since 1892. Please consider donating today.

Online cash advance for US borrowers