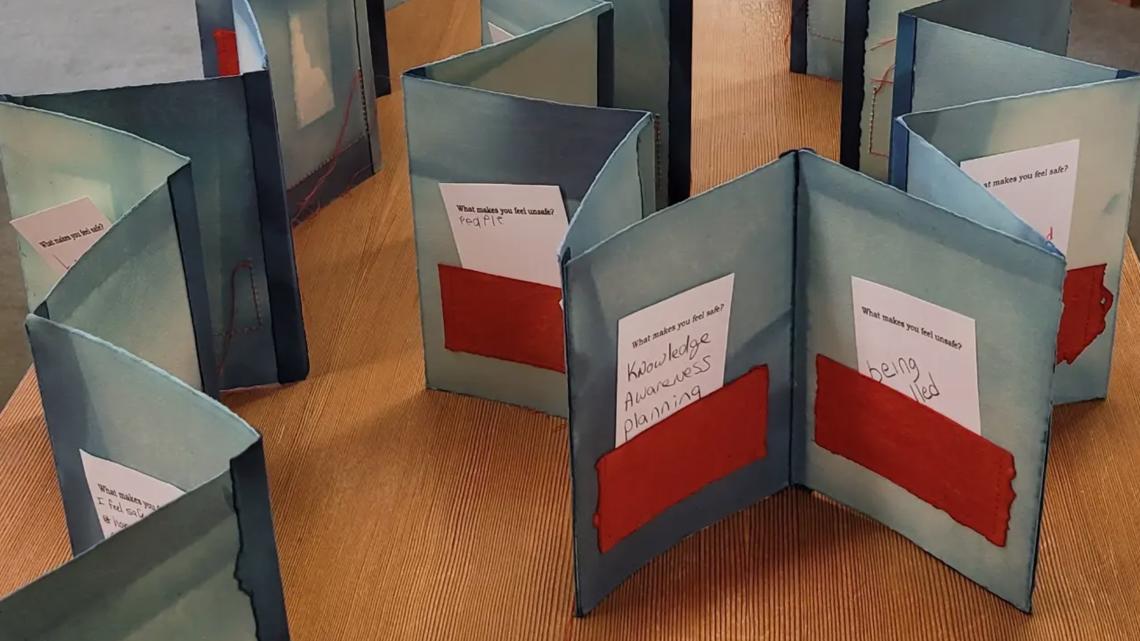 “We were all hungry for the opportunity to talk about serious issues, in this case security and insecurity,” said associate professor Ashley Pryor.

TOLEDO, Ohio – Art often imitates life, and that’s exactly what happens in an exhibition to be shown in May.

It focuses on safety and what makes people feel comfortable, even unsafe.

It’s called The Holding Project and Barbara Miner, a mother, is one of the artists involved.

“My two daughters are from China and the eldest daughter currently lives in New York and would tell me about examples she has experienced on the streets. Hate speech,” Barbara Miner, a professor in the Department of Art at the University of Toledo, mentioned.

She witnessed first-hand violence against Asian Americans and Pacific Islanders.

Facing this harsh reality inspired her and her colleagues to create The Holding Project.

“We were all hungry for the opportunity to talk about serious issues, in this case, security and insecurity, and to extend them to all human beings in a non-polarizing way,” said Ashley Pryor, associate professor of humanities at UToledo. .

They pitched their idea to the Toledo Lucas County Public Library.

In October, they asked people to write down what made them feel safe or unsafe.

“For people to explore not just what it means for Asian people in the United States to feel safe. But what does it mean for all of us to feel safe,” said Megan Myers, teen librarian at the Toledo Library.

Responses came from people of all backgrounds and ages.

There were images, words and feelings.

“For what makes you feel safe, the biggest response has been emotions. So things like love and peace,” said Lee Fernside, a freelance artist.

But the artists say it was the action that upended that sense of security.

“For what makes people feel unsafe, the most common response has been person-to-person violence,” Fernside said.

These responses gave the artists the material to produce this ever-expanding book for all to see.

“It was about the fact that people don’t often have an outlet. Like a positive outlet for their voice,” Miner said.

Inspire others to talk to each other.

“I hope it’s a way if not to spark dialogue, at least to spark reflection. That it’s a way for people to see that there are common experiences. That even if we react differently to because of our background. You know we always have that in common,” Fernside said.

And to use that empathy to help us build a stronger community where people feel safe.

The exhibition will be placed in all branches of the Toledo Library for everyone to see and read throughout the month of May.