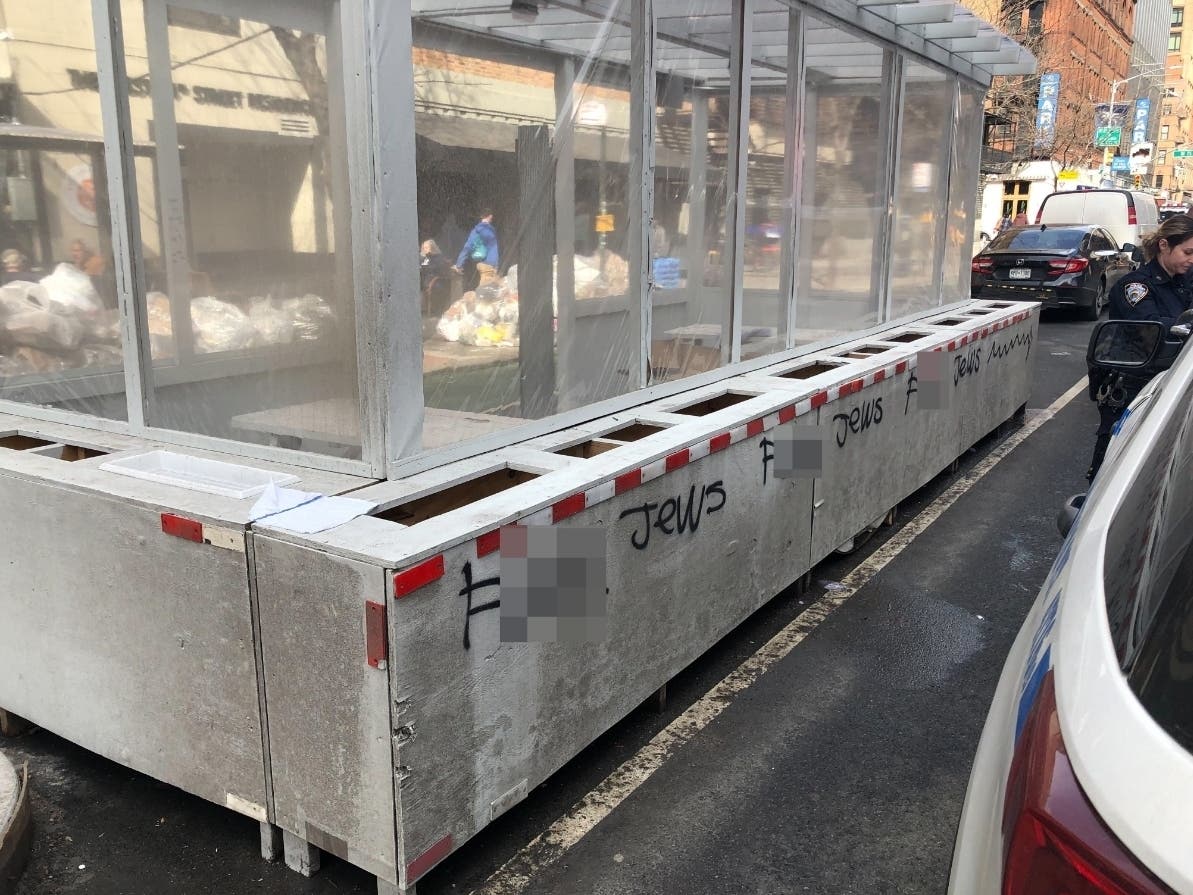 UPPER WEST SIDE, NY — Staff at Miriam Restaurant arrived at their new Upper West Side storefront Thursday morning to find anti-Semitic graffiti plastered across the front of their outdoor dining shed.

Police were on the scene around 12:20 p.m. beginning to remove the spray paint. An officer told Patch they were investigating a hate crime, but gave no further details.

“To see this type of graffiti is absolutely disgusting,” One Block UWS employee Kaitlyn Paulk told Patch as she stood outside the restaurant. “It’s horrible that we still live in a society where this is allowed and people still have these thoughts.”

“I decided to come here this morning to see if I could help remove this graffiti from the wall,” she added.

Another passerby, who only gave Zoey’s name, called the incident “really sad”.

“It’s really sad to see. It’s shocking, but sadly not surprising,” she said.

The staff would not comment on the situation as the manager was not there when Patch arrived. They said, however, that they were working on painting over the words.

Miriam opened her Upper West Side restaurant on January 24. It also has a popular original location in Brooklyn.

This is a developing story, please check back for more details.