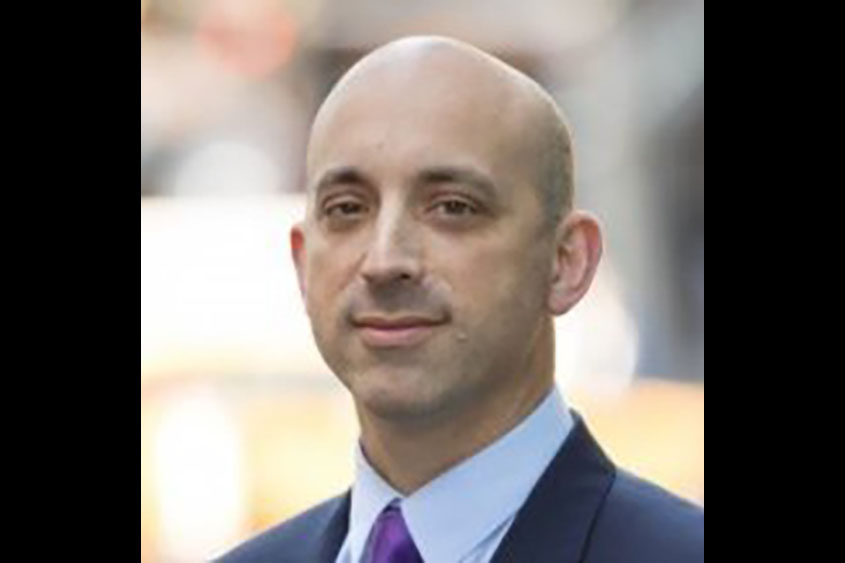 SCHENECTADY — Last week Jonathan Greenblatt, 51, was at the White House for a summit discussing the corrosive effects of hate-fueled violence on our democracy and public safety. On Wednesday, Greenblatt, CEO of the Anti-Defamation League and grandson of a Holocaust survivor, will be at Proctor’s GE Theater for a free event hosted by the Jewish Federation of Northeastern New York at 7:30 p.m. Greenblatt will discuss his book “It Could Happen Here”. He connected with The Daily Gazette ahead of the event. The following is an edited transcript of the conversation.

The Daily Gazette: Your visit to Schenectady is part of nationwide trips to discuss your book and the dangers of extremism and hate. Did you have any memorable interactions on the road?

Jonathan Greenblatt: I’ve traveled all over the country, and what’s remarkable is meeting people — in big cities and small towns — who identify as right-wing or left-wing, and their concern is the same: polarization alarm. They worry not only about anti-Semitism, but about all forms of hatred and the toxicity of our politics in public life. I hear about it from mums complaining about WhatsApp groups. I hear about it from people who complain about situations in the workplace. I hear about it from people who tell me “your book really resonated because I have this family member or friend I don’t talk to anymore because things are so polarized.” I finished the book in 2021, but started writing it before January 6. (Greenblatt began writing the book after the fatal shooting at a Pittsburgh synagogue in 2018). I never would have guessed that I would see the day when people went wild in the Capitol.

CEO: What was going through your mind on January 6, especially that you were working on this project?

JJ: At the ADL, every day we focus on countering extremism and hate, so we were alarmed as January 6 approached. turned out to be much worse than we could have imagined. We were taken aback by the response from law enforcement, but also the level of preparedness seemed far from what we expected. So I was watching at that time, focused on what was going to happen to these lawmakers, and is that going to spark incidents in state capitols across the country? What do we have to do? And deep down inside, I was like, ‘it’s happening here’. This kind of validated the book’s thesis that the wheels can come off.

CEO: Do you think the nation as a whole is ready for the kind of conversations you have with people when you travel around the country?

One of my conclusions in the book is that I don’t think democracy is a spectator sport. What I mean by that is that I think a lot of us believe that you vote or you don’t vote. It doesn’t really matter. One person will be elected and you can vote next time. There is a feeling among people that we take this for granted. Much like watching a game and your team loses, they can show up the next day. In baseball, we know there will be nine innings, 27 outs per team, and if they lose, guess what? It’s a 162-game season, so how bad could that be?

I think one of the lessons of January 6 or one of the lessons of Germany or Iran or what we see around the world is that democracy is not a spectator sport. Democracy does not have nine innings. The stakes are so much higher, which means that if we don’t lean in, if we don’t get on the court and play, there’s no natural law that things are going to go the way they do. always have. Our institutions are strong. We have nearly 250 years of constitutional democracy in this country that has endured so much because we’ve been through economic calamity, we’ve been through global conflict, we’ve been through civil war, we’ve been through political turmoil, we’ve been through upheaval social issues, and the country always bounces back and comes out stronger. However, we cannot say with certainty that there will be another match tomorrow if we do not ensure that we can keep this republic. The reality is that at some point, if this thing comes undone, everyone loses.

CEO: Would you say you are more optimistic than pessimistic, and if so, what continues to give you hope?

JJ: I have great hope because this country has bounced back again and again and again from extraordinary circumstances…
And then when I talk to young people, the amount of creativity, energy and passion is at its peak. The younger generation is more tolerant, they are more intuitive, there are a lot of things I am passionate about. We have real challenges ahead of us – I’m not going to hold back on that – but I think the opportunities are still incredibly plentiful if we can get through this moment.

CEO: The Anti-Defamation League makes a point of calling out leaders who have ties to known hate groups. (Earlier this month, Dave Bardascini, a member of the Broadalbin City Council, was one of five New York state local officials whom the Anti-Defamation League Center on Extremism identified as a current member or former member of an extremist anti-government group called the Oath Keepers.) Why is it important for the ADL to make such announcements?

JJ: This matters because many of these hate groups are undemocratic and marginalize people because of how they worship or who they love. It is deeply, deeply frightening.

CEO: Do you fear that some of this work infringes freedom of expression?

JJ: It is a civil rights organization. We have been fierce defenders of the First Amendment for over 100 years. Freedom of speech is not the freedom to incite violence against people… I think hate speech is the price to pay for the First Amendment. We don’t believe in censoring speech, but again, when someone is promoting ideas that could lead to violence, that’s a problem. This should not be considered protected speech.

CEO: What would you like to see happen in the next few years that would ensure the country is heading in the right direction?

JJ: Democracy protected at the ballot box. A peaceful transition of power in November in two years. I like to think that our work shines a light on these issues, because there is now, more than ever, national attention on these topics.

More from The Daily Gazette:

‘While Shapiro is not affiliated with any hate groups…’: Tory icon calls out media critics who want it ‘cancelled’