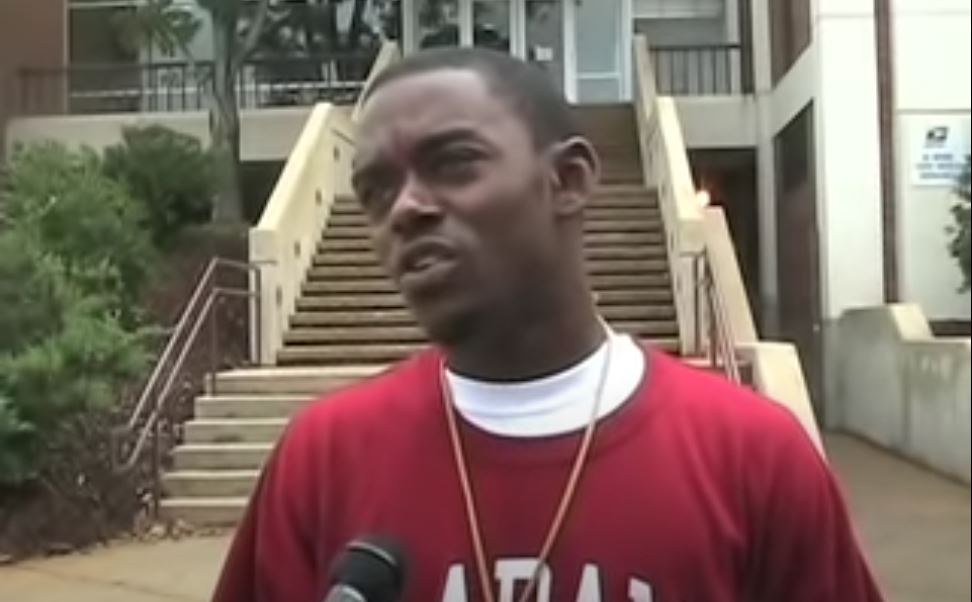 It’s the simple title stamped on a YouTube video of just over a minute, and 14 years later the clip has taken on a life of its own.

Irvin Carney, a sophomore at the University of Alabama at the time, stands outside the steps of the UA Student Center in October 2007. An interviewer asks Carney about the school’s long-standing rivalry with the University of Tennessee. At the time, the Volunteers had beaten the Crimson Tide 10 of the previous 12 years.

“Alright, man,” the interviewer begins. “Just say what you say, man. Why do you hate Tennessee? “

Carney isn’t holding back: “Man, I hate Tennessee because, first of all, it’s Tennessee,” he says.

“I hate them just because they’re low, they’re dirty, they have snitches,” Carney says. â€œAnd I hate Phillip Fulmer, I hate their colors. I am not a dog person. I hate Tennessee, man.

Carney continues: â€œI hate Neyland Stadium. It looks like a garbage truck workers convention. And I hate all those quarterbacks. It’s justâ€¦ I hate Tennessee, man.

A follow-up question then comes: â€œDescribe what you think of their colors,â€ asks the interviewer. “I thought it was interesting.”

Carney continues, â€œSee, the colors of Tennessee are that vomit orange. It’s not that orange you can sit with. It’s that vomited pumpkin orange and I don’t like pumpkins. So I really don’t like Tennessee, man. I can’t stress this enough, man. They are losers. They are big losers because they are not in Alabama. I hate Tennessee, man.

After a short pause, the interviewer responds.

“It was beautiful, man,” he says. â€œProbably the best interview I have done all year. Thanks dude.”

As the interviewer begins to laugh, Carney begins to talk to a group of off-camera laughter.

If you’re a Tennessee fan, you’d probably rather forget about it. If you’re an Alabama fan, you’ve probably shared it at least once. Since it was first posted 14 years ago, Carney’s interview has nearly 745,000 views and has been shared countless times.

â€œIt’s kinda wild,â€ Carney told CBS 42 from his home in Cincinnati, Ohio. â€œI look at it more and more every year because it is part of this tradition. “

Growing up in Montgomery, Carney was originally an Auburn fan, cheering on Tigers like Dameyune Craig. His aversion to Tennessee, however, was still there.

â€œI remember seeing (Tennessee quarterback) Peyton Manning,â€ Carney said. “They were so good and it was frustrating.”

Being accepted into the University of Alabama made Carney a quick believer in the tide, and he faced the school’s own rivalry against Tennessee.

For aspiring UA sports presenter and senior at the time, Nick Adam, the Alabama-Tennessee rivalry was a story I wanted to tell.

â€œI knew a lot of people didn’t understand the rivalry,â€ Adam said. “There was a lot of disagreement between the schools and I was trying to open it up to a more national audience.”

â€œI saw this kid outside the Ferg who was ready and willing to share his opinions,â€ he said. “He made me a solid and just went for it.”

After chatting with Carney off camera, Adam recorded the second student’s thoughts on Tennessee, using the commentary in a short story for the now defunct varsity sports website Palestra.net. Adam then posted Carney’s unedited comments on his YouTube page.

â€œHe took off and took his own life,â€ Carney said.

Carney said that in the following October he noticed the video being shared by other people on campus. He didn’t realize how far his reach had been until he applied for jobs in places like Memphis, Tennessee and Cincinnati in 2010.

“They were talking about it in Memphis,” he said. â€œThat’s when I realized he had legs.

Adam didn’t realize how popular the video he shot was until a year later, while working as a sports reporter in Mississippi.

â€œA colleague of mine came up to me and said, ‘Have you seen this video? “I said ‘Yeah, this is my video,'” he explained.

Adam said that in many ways the video has taken on a life of its own and has become part of a new tradition in Alabama football.

â€œI don’t really feel responsible,â€ said Adam. â€œWhen I talk about it, it’s not mine anymore. It was picked up.

Carney, now a married data engineer with two children, believes the authenticity of the video has kept it relevant in the Alabama community for the past 14 years.

â€œIt was a testament to how a lot of Alabama fans were feeling at the time,â€ he said.

Carney is still known for his Tennessee rant, often when the video is re-shared by football fans leading up to the Alabama-Tennessee game each October.

â€œWhat happens is people usually refer to me as their friends,â€ he said. â€œSome people want to take pictures.

Adam is now a Catholic priest and vocation director for the Diocese of Jackson, Mississippi. He shared that he was happy he found a way to give back to Alabama.

â€œIt’s just a cool thing. I’m glad it’s something that brings joy to people, â€he said. “As a priest, I won’t be able to afford to give back to UA, but I feel like it’s a good way to give back.”

As a new father, Carney makes sure his children carry on the Crimson Tide tradition.

â€œSomeone tried to give my daughters something from Ohio State and I almost threw it in the trash,â€ he said.

For his part, Adam believes the video brought more than just joy to Crimson Tide.

â€œI’ll just say Alabama hasn’t lost to Tennessee since I posted that video,â€ he laughed. “I’ll throw her over there.”

DEALING WITH HATE SPEECH | THIS DAY