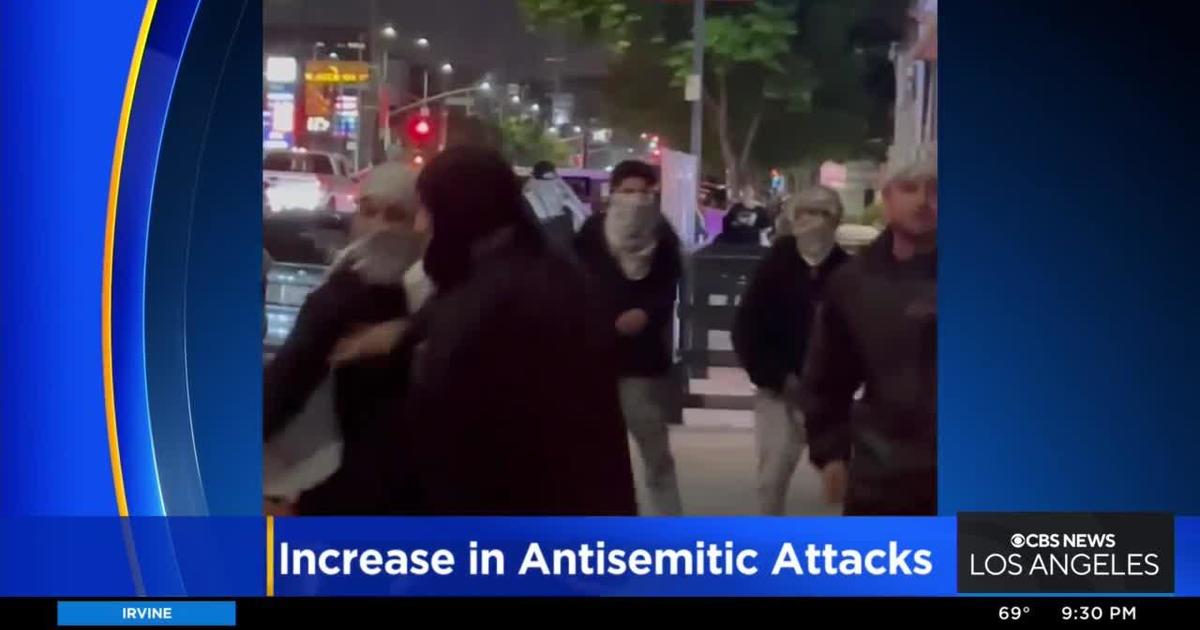 ADL says anti-Semitism is on the rise across the state

The number of reported anti-Semitic incidents across California rose 27% last year, and Jewish rights organizations on Tuesday urged the state legislature to act immediately to address the problem.

The Anti-Defamation League’s annual audit recorded a total of 367 attacks on Jews and Jewish institutions in California in 2021, nearly triple the number in 2015, the organization said in a statement.

The number includes 182 total incidents in Los Angeles, Riverside, San Bernardino and Kern counties, a 29% increase from 2020, including 64 incidents of vandalism of businesses, places of worship, public spaces and schools.

“We are witnessing a new, but sadly centuries-old kind of epidemic in our city – and it is that of anti-Semitic hatred,” ADL Los Angeles regional director Jeffrey Abrams said in a statement.

“As our city reels from an increase in assaults, these heinous acts of harassment, vandalism and propaganda are all having a ripple effect, with perpetrators seeking to instill fear not only in the Jewish community, but in all minority and marginalized communities,” he continued. . “And that we cannot tolerate and we will not tolerate.”

Incidents took place nationwide, but the states with the highest number of reports were New York (416), New Jersey (370), California (367), Florida (190), Michigan (112) and Texas ( 112). Together, these states account for 58 percent of total anti-Semitic incidents reported last year, according to the ADL.

The number of reports increased by 34% in the United States last year. The 2021 levels in both the state and the country represent all-time highs and are nearly triple 2015 rates, the ADL said.

“The ADL report confirms what so many of us in the Jewish community already believed to be true: that anti-Semitic and hateful incidents are happening around us – for us – at staggering levels beyond any time in history. recent memory,” said David Bocarsly, executive director of the California Jewish Public Affairs Committee.

“We also know that we are not alone. Our friends and neighbors in other minority communities feel the same anxiety and fear as this recent wave of hatred affects us all. Our legislative agenda supports policies that tackle every step in the evolution of hate: education, preventing its spread, physical safety and community response We call on the legislature to quickly and urgently adopt our anti-hate agenda, in order to protect Jews and all residents of the State of California.

The ADL and JPAC urge the state legislature to act immediately to address the increase in anti-Jewish incidents.

“These acts of harassment, vandalism and propaganda are not just numbers, they are stories that cause a ripple effect of terror – striking fear into our communities,” said Kendall Kosai, director of policy for the ADL West Division. “We cannot and will not tolerate this as our new normal. We look forward to working with California elected officials and CCPM on initiatives that address all forms of hate in our communities.”

The 2022 legislative program includes a record 11 bills and budget requests being considered by lawmakers aimed at combating anti-Semitism and hate crimes. The package “takes a comprehensive approach to eradicating hate and protecting against hate-motivated violence,” according to JPAC.

Among those bills is AB 587, which would require social media companies to report their hate content policies as well as how hate continues to proliferate on their platforms.