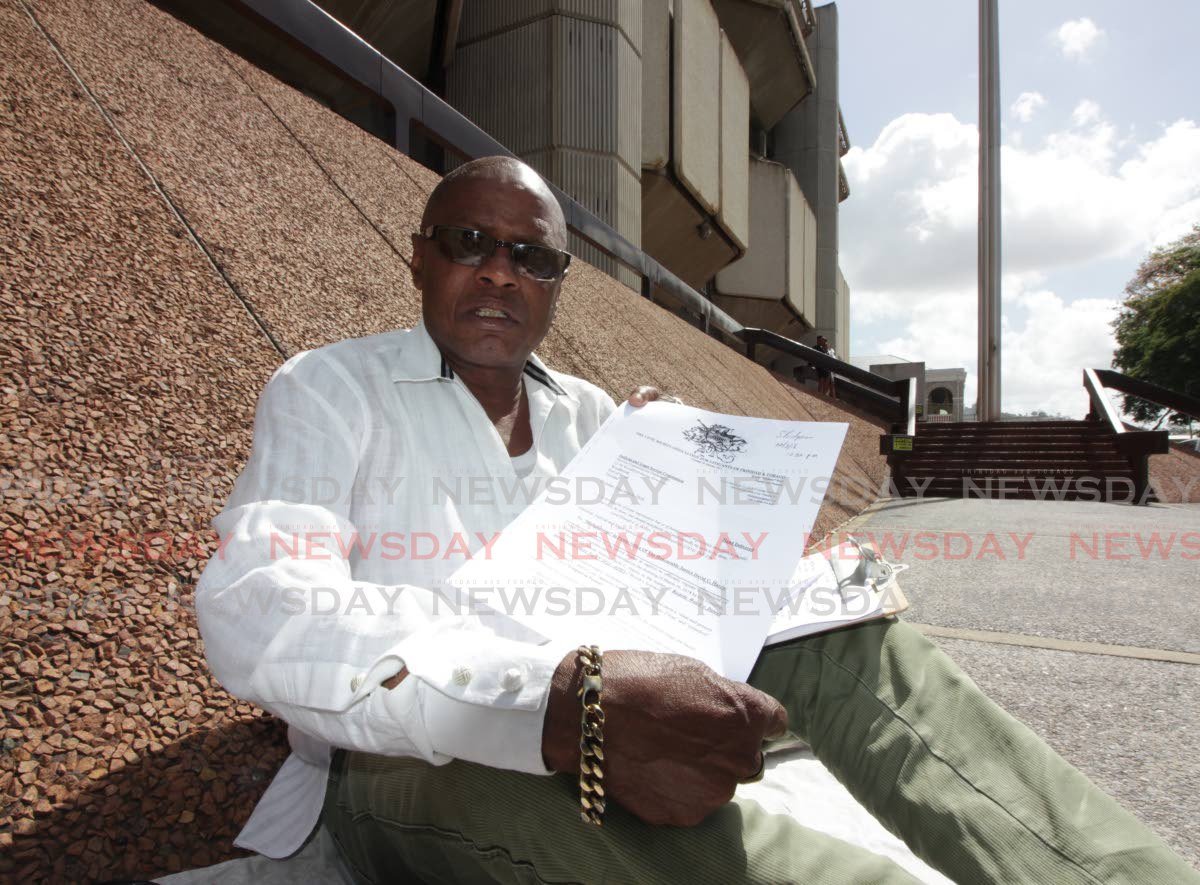 Activist Wendell Eversley is calling for the introduction of hate speech and discriminatory language legislation after opposition leader Kamla Persad-Bissessar said government minister Camille Robinson-Regis went by the name of a “slave master”.

Persad-Bissessar made the remarks at a UNC rally earlier this month in response to Robinson-Regis calling out his full name — Kamla Susheila Persad-Bissessar — ​​at a PNM meeting the previous week.

Eversley and his supporters staged a protest Wednesday outside Parliament on Abercromby Street, Port of Spain, where he called for laws specifically dealing with divisive language.

Speaking to Newsday afterwards, Eversley said the comments were insensitive and had the potential to incite division and violence.

“I was an integral part of five parties that formed the Popular Partnership, and three of those parties, their political leaders were Africans. Is Kamla Persad-Bissessar saying that all the people who voted for the Partnership to put her in the government, we are still slaves?

“These kinds of messages should not be sent, especially by people in high positions.”

Eversley added that it was too late for Persad-Bissessar to apologize for the remarks and faulted her colleagues for not criticizing her about it.

During the rally, he delivered a copy of his letter proposing hate speech laws to National Security Minister Fitzgerald Hinds.

Speaking to Newsday, Hinds said: “I welcome the expression of the feelings of the people at the atrocious conduct of the Leader of the Opposition which has occurred recently.

“She thinks everyone in Trinidad and Tobago is patient and willing enough to tolerate some of the horrific and selfish behavior of Kamla Persad-Bissessar and the United National Congress, and I am proud of these conscious citizens who have come before People’s Parliament and say, if anyone has to go, it’s her.”

Eversley said a copy of the letter would be delivered to the president’s office on Friday.