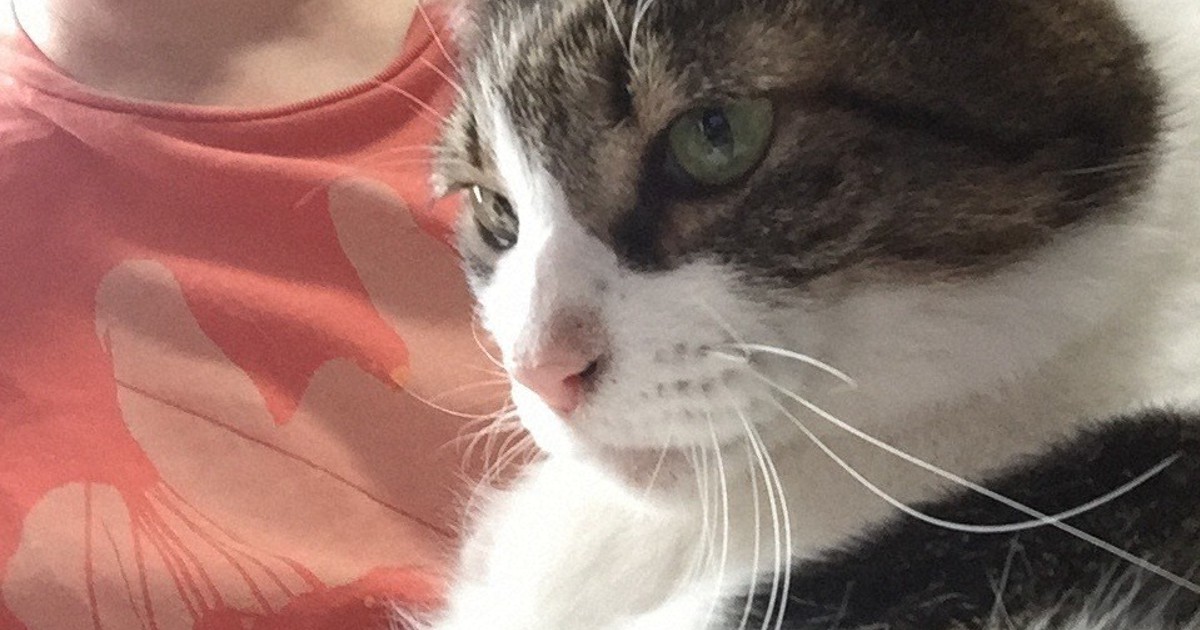 YOKOHAMA — “A society where cats can live happily is also a society that is kind to people.” Such a motto was championed by a group of Japanese citizens who protest against war, nuclear energy and hate speech and aim to achieve a peaceful society. What was once a loose network of cat lovers has slowly morphed, with the help of social media, into an organization with 14,000 members nationwide, and the group is set to celebrate its 10th anniversary this year.

The citizens’ group, called “paw pads new party”, was founded by a 60-year-old man living in Kawasaki City, Kanagawa Prefecture, south of Tokyo. He appointed his beloved cat, Chibi, as leader of the party. The man’s activities began in September 2012, when he took part in a demonstration against nuclear power plants while holding up a sign with an illustration of a cat and a description saying “I am against nuclear energy”, which was a variant of the famous work. “I am a cat” by Japanese novelist Natsume Soseki (1867-1916). The act was an attempt to speak out on behalf of animals left behind in areas affected by the 2011 Fukushima Daiichi nuclear power plant accident.

The man then continued his efforts alone. In 2015, he used a banner with another literary reference – this time to the poem “Ame ni mo makezu”, which loosely translates to “unconquered by the rain”, by Kenji Miyazawa (1896-1933). Mimicking the poem’s phrasing and one-line style, its banner read something like, “If it comes to reinterpreting the Constitution, I’ll go give them my best cat punch.” Once the banner was uploaded to Twitter, it went viral in an instant. Netizens expressed their wish to join, because they too love cats, and one after another, the citizens’ group gained new members, who were certified after individuals’ Twitter accounts and “paw” account pads new party” (@cat_pad299) mutually followed each other.

The range of the group’s efforts is not limited to online spheres like Twitter. The group also engages in street activities, such as distributing flyers that explain various topics, including the Constitutional Amendment, in an easy-to-talk-about way using illustrations of cats. More than a million leaflets were distributed, some of which deal with the issue of the government’s efforts to amend Article 9 of the Japanese Constitution on renouncing war, and its potential impact on our lives, as well as an effort to establish an “emergency clause” designed to give Cabinet more authority in the event of a major disaster.

The citizens’ group is also mobilizing against hate speech. In 2013, the founder attended a hate speech rally in Kawasaki targeting foreign nationals and their descendants. He thought “discrimination against minorities cannot be tolerated” and launched anti-hate speech efforts himself. He organized study sessions related to a municipal ordinance that criminalizes discriminatory acts and visited sites of roadside hate speech demonstrations to distribute anti-hate speech leaflets.

Cat lovers in Yokohama, Osamu Takabatake, 70, and his wife Etsuko, 68, have also been members of the citizens’ group for about five years. They help by distributing flyers on weekends mainly in areas of Kanagawa Prefecture, including Kawasaki Station and Sagami-Ono Station of the Odakyu Railway.

Although the sites of hate speech demonstrations are generally chaotic and their voices are barely heard by pedestrians, they said that when they tried to point to the letters of the leaflet, reading: “Do you know the hate speech? more people started nodding and taking it with them. Osamu commented, “We would like to aim for a society where human rights are respected regardless of ethnic and cultural differences, and where everyone can live with peace of mind.”

“Chibi”, the founder’s pet cat who served as “party leader” when the group was formed, died at age 13 in late 2016 and became the “honorary party leader”. The cat’s face is currently still used to adorn pewter badges, T-shirts, and other merchandise. Proceeds from sales are used to donate non-woven masks to veterinary hospitals and wellness facilities, as well as to support the activities of an incorporated general association that helps people and their pets who have lost their house.

The 60-year-old founder said of the group marking a milestone: “I would like our efforts to inspire people who are not involved in politics to engage in activities, calling them out through issues that don’t ‘were not covered by existing policies of political parties or civic groups, much like a cat weaving through a narrow alley.”

The man has no goal regarding the number of followers on Twitter. “I want to expand the circle of our activities while maintaining a loose network of people who share a common love for animals. Grassroots movements tend to get hot and cold easily, but I would like to overcome that and continue the activities for a long time at my own pace.”