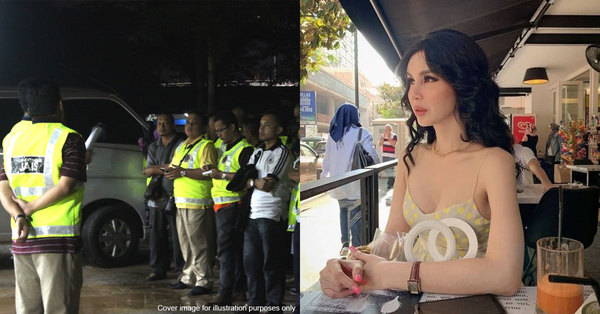 In early February 2020, Sajat was criticized for wearing female clothing while in Mecca, Islam’s holiest city.

At that time, she uploaded photos of herself wearing the telekung and jubah with the hijab, as she walked the holy land. One photo captured her children standing in front of her with the Kaaba in the background.

His action sparked a huge uproar from Mecca and Malaysia. According to Free Malaysia Today, the travel agency that handled Sajat’s trip said it asked Sajat to leave Mecca.

They also told him to apologize for the controversy.

Mujahid claimed that his actions had given the religion and the country a bad image. He also advised Sajat to get back on track as a man, Malaysia Gazette reported.

At the height of the controversy, Sajat’s photos attracted more than 5,000 comments, mostly hate speech. Perlis mufti Mohd Asri Zainul Abidin, in response, berated those who condemned the entrepreneur.

He said that while it was wrong for Sajat to wear female clothes in Islam, Muslims should counsel her instead of saying she was cursed by God, Free Malaysia Today reported.

â€œThe fact that Nur Sajat opted for Umrah shows that she is devoted to her religion. She probably didn’t bother other Muslims around her in holy land either. So why not respect the way which she identifies with? ” said the American scholar who is a staunch defender of free speech in the Muslim world.

He also set an example that in Iran sex reassignment operations are not only legal but even encouraged. Mustafa urged Malaysia not to take action against Sajat and that Muslims should welcome trans people as part of the ummah.

Users hate the iOS 15 Safari search bar, so here’s how to get it back