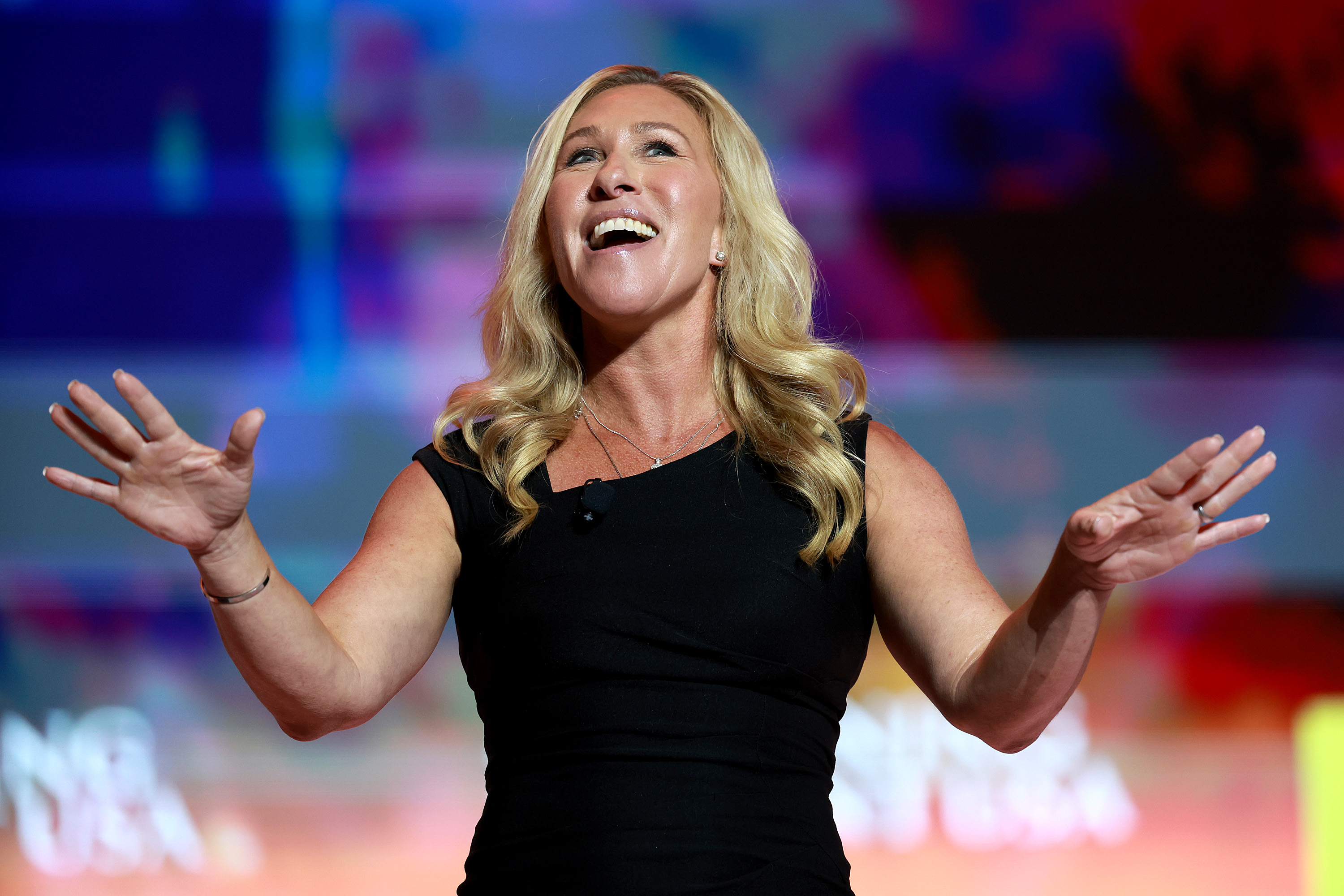 More than 10,000 Christians signed an online petition this week condemning Rep. Marjorie Taylor Greene’s promotion of Christian nationalism, criticizing the Georgia Republican for what they describe as a “betrayal of our faith.”

“That’s not a swear word,” the MP said. “It’s actually a good thing. There’s nothing wrong with leading with your faith…If we don’t live our lives and vote like we’re nationalists, caring about our country , putting our country first and wanting it to be the focus of our federal government – ​​if we don’t go that route, we can’t fix it.”

The GOP legislator also made similar remarks on social media and on her podcast. Greene started selling T-shirts that read “Proud Christian Nationalist” with an image of a cross, sharing a link to buy them on his Truth Social account on Friday.

Faithful America, which describes itself as the largest online community of Christians working for social justice, launched a petition on Thursday rejecting the views of Republican representatives. As of Saturday morning when this article was written, the petition had garnered over 9,860 signatures with the goal of reaching 10,000. A few hours after publication, the number of signatures exceeded 10,800 and the goal was raised to 15,000.

“Rep. Marjorie Taylor Greene (R-GA) basically just said America has no place for Jews, Muslims or the LGBTQ community when she explicitly said ‘we should be Christian nationalists'” , indicates the introduction of the petition. “Now she even sells ‘Proud Christian Nationalist’ t-shirts with an ad that says ‘Stand Against the Godless Left’ and shows her violently raised fists. (So much to love her fellow man or follow the Prince of Peace.)”

Continuing, Faithful America argued that Christians “reject Christian nationalism as a betrayal of our faith – the one that inspired the bloody failed Jan. 6 coup, tries to overthrow elections, supports white supremacy, repeals the equal rights, demonizes opponents and intentionally divides the nation.”

The petition reads: “As brothers and sisters in Christ, we condemn Rep. Marjorie Taylor Greene for her repeated abuse and misuse of our faith to gain power, we reject the Christian nationalist claim that America is a Christian nation, and we oppose all efforts to divide Americans and roll back equal rights.”

The Reverend Nathan Empsall, executive director of Faithful America, said in a statement emailed to Newsweek“Christian nationalism is anti-Christian and unpatriotic. It is an authoritarian ideology that unconstitutionally and unbiblically fuses Christian and American identities, declaring that democracy doesn’t matter because only conservative Christians count as true Americans.”

“Christian nationalism is evil and dangerous, and it must be challenged in all its forms. In contrast, the God we encounter in scripture calls us to love our neighbors as ourselves,” Barnett said.

After her remarks at the Turning Point USA event were widely shared online and sparked backlash, with many calling Greene a “Nazi,” the GOP congresswoman pushed back against criticism in an emailed statement. email to Newsweek.

“I am attacked by the ungodly left for saying I am a proud Christian nationalist,” Greene said in the statement, which she also shared on social media. “These evil people even call me a Nazi because I proudly love my country and my God. The left has shown us exactly who they are. They hate America, they hate God, and they hate us.”

Rep. Adam Kinzinger, a Republican from Illinois, took aim at his remarks in a Twitter post on Friday. The GOP lawmaker compared her views to the Taliban, a militant group that rules Afghanistan with an extremist interpretation of Islamic law.

“‘We have to prove to people that we are the party of Christian nationalism.’ Rep. Marjorie Taylor Greene “We are the party of Islamic nationalism…”Taliban. I oppose the American Taliban. @GOPLeader?” he wrote, identifying House Minority Leader Kevin McCarthy, a California Republican.

When reached for comment, Greene’s publicist Nick Dyer said Newsweek in a Friday email: “It is our policy to ignore Kinzinger’s desperate attempts at relevance.”

The framers of the Constitution were concerned about the imposition of a specific religion in their new nation, as well as the persecution of citizens for their religious beliefs. In an effort to guard against this, the First Amendment states that “Congress shall make no law respecting the establishment of any religion, or prohibiting the free exercise thereof.”

Recent data from the Pew Research Center shows that about 70% of the American population identifies as Christian, although this category is divided into various denominations with different beliefs. Almost 6% of the population identify as Jewish, Muslim, Buddhist or Hindu, while almost 23% have no religious affiliation.

The alignment of church and state as Christian nationalists is opposed by a large majority of Americans.

Nearly three-quarters (73%) of Americans think religion should be separated from government policies, according to a Pew Research survey from late April. Only a quarter of respondents said government policies should support religious values ​​and beliefs. Additionally, 70% of Americans want churches and other religious places of worship to stay out of politics, according to 2021 data from Pew Research.

Update 7/30/22, 12:46 PM ET: This article has been updated to report that the petition has reached its goal and set a higher one.